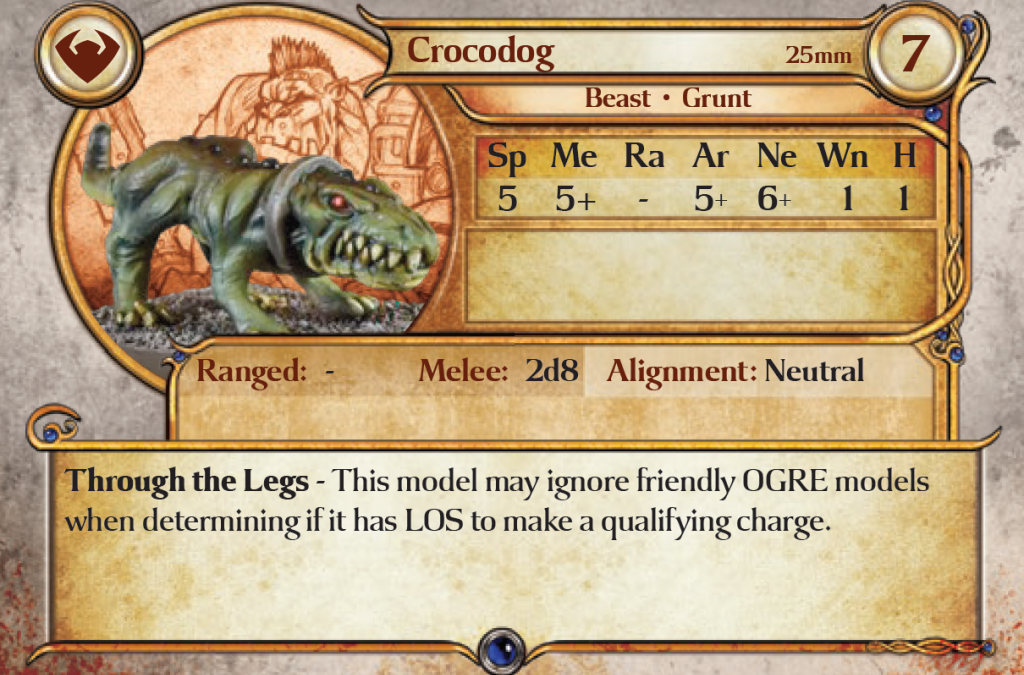 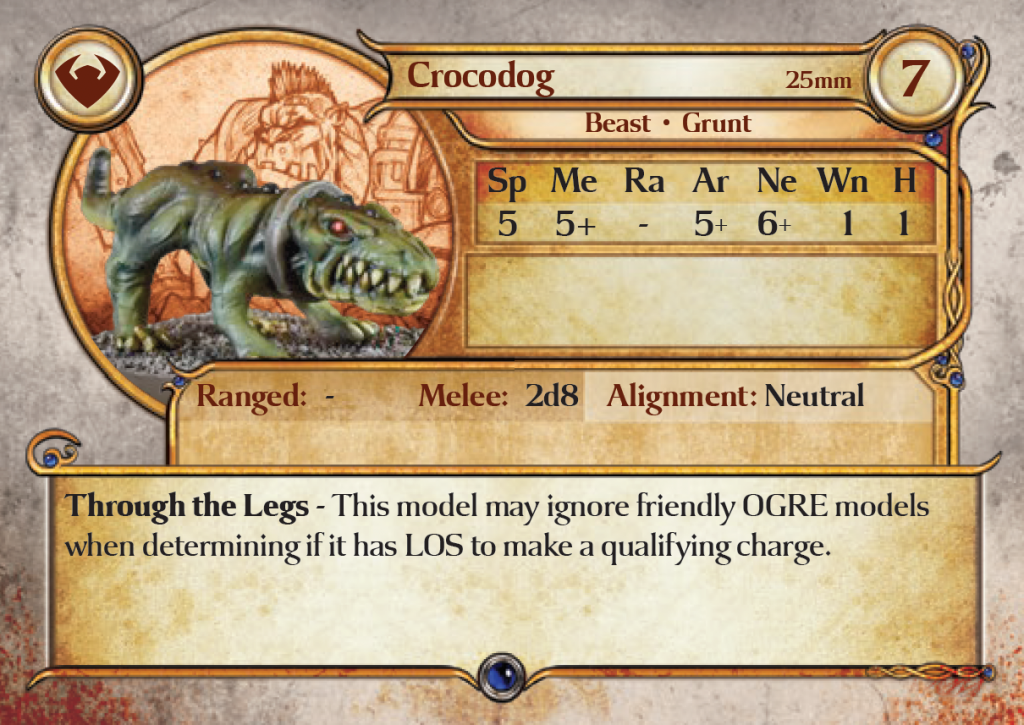 After yesterday’s ogre preview, which looked at some of the major changes to the existing units (you can read that here), today we’re back with a preview of some of the new units that you can add to your warband.

We start with a new Grunt option for the ogres: the crocodog. With a mouth that makes the mawbeast look normal, the crocodogs are great for bulking out the grunts in your warband. Although slightly more expensive than a goblin, they’re better in combat. Keep them behind your ogres and use Through the Legs to attack when the enemy least expects it.

Next we’ve got the Paymaster. The Bounty (2) ability is a great way to take out those stronger enemy models by giving all the ogre models an additional dice in melee combat.

The Boomer Sergeant replaces the original Boomer entry, in many respects. The Breath attack on the sawn-off is going to very handy for clearing multiple models at once and he adds an additional red Power Dice to your warband. Yes please!

If you’re looking for a new command option, the Berserker Bully is an absolute BEAST! 5d8 in melee? Oh, go on then. Frenzy to boost that to seven dice? Erm, why not?And Vicious. Ogre players are getting spoiled like they’re at the ambassador’s reception.

The ogres will be shipping later this month. You can order now from your local game store, or order direct from the Mantic website.