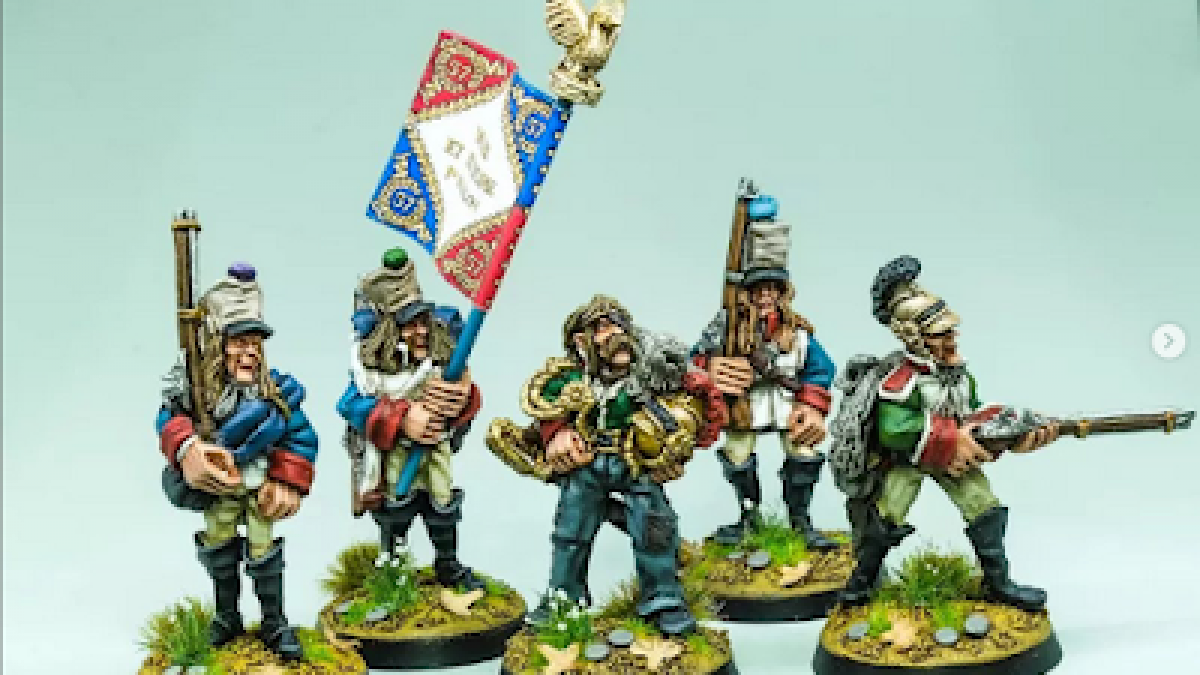 It was my joy to be given permission over on Instagram where you can find Alternative Armies by a variety of hashtags to show these pictures of painted Flintloque miniatures by Mr Gladdis.  He goes by

The miniatures are taken from the Elves of Armorica Army on the website and these codes. Gui de Carcharoth leader of the fearsome Corps Imperial des Dragons elite dragoons (5105 choose this character on foot on drop down menu) with his helmet on his arm and eye patch.  There is also a dismounted Corps Imperial trooper with wolf pelt and musket (5105 single foot trooper).  The standard bearer of the 2eme Regt de Ligne (see 51041) as well as, on the left, a single Elf soldier with musket (from 51026) and a marching Elf soldier with musket at the back (from 51504 Elf Line).

The Elves of Mordred are the instigators of the Mordredian Wars and can be found in battle all over Urop and the Witchlands.  They feature in the 5024 Escape the Dark Czar beginners set as well as the 5025 War in Catalucia Shilling Starter Set too.  If you want to get into Flintloque these are the places to start.

During the Spring Mega Event 2022 there are several Flintloque articles as well as the brand new 55027 Zombie Line Colour Party released as well.  All of this will be on our Blog under the Flintloque TAG.