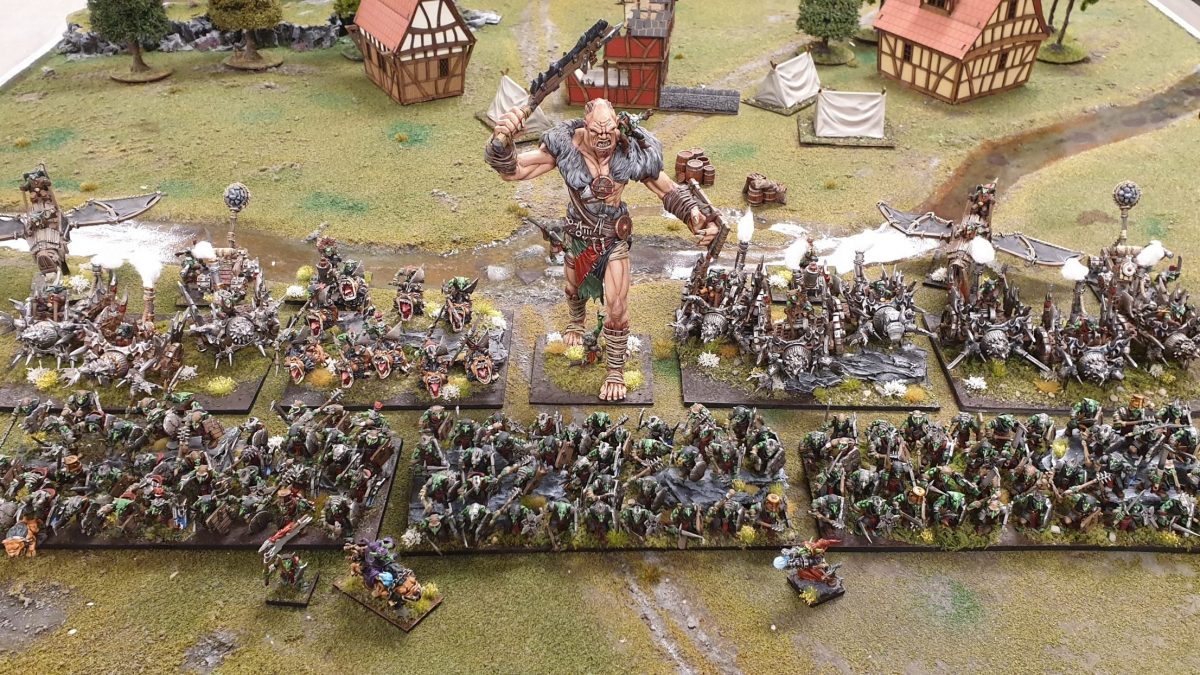 Rob here and I’ll warn you now, I’m about to get very carried away about goblins. If you’ve been following Mantic for a while you’ll know that I love goblins almost as much as my own children – which is going to be embarrassing in a few year’s time when they start searching the internet.

Since I started hobbying back in 1991, I was immediately enchanted by the little green menaces. Perhaps it’s my own diminutive height or my natural cunning and love for explosives, but there was something that truly appealed about goblins.

Of course, when I came to my senses and discovered Kings of War all those years later, I immediately gravitated to goblins. And, even better, they now had their own army – I didn’t have to buddy up with those brutish, stupid orcs. There was just one slight problem, the original hard plastic goblins from Mantic were an… acquired taste. Yes, I persevered and painted 200 of the little swines but, in my heart, I always knew the goblins deserved better.

Now, despite the fact that 2020 has been terrible for so many other reasons, it will be remembered as the year Mantic released the finest hard plastic goblins ever… and I’m not even joking. Just look at that video below and tell me you’re not excited.

Combined with the new Vanguard releases and monsters like the giant and slasher, Mantic now has an absolutely stunning range of fantasy goblins that can be used for a wealth of gaming systems. What’s more, the hard plastics can be used across the range to elevate existing Kings of War models too. So, let’s have a look at the army that I’ve been putting together over the past year.

It was slightly depressing for me during the Road to Third Edition blogs/videos because I knew that the new hard plastic goblins were coming, but I couldn’t use them for that project. So, instead I focused on elements that would carry over, like the Winggits, Mincer Mobs, etc. However, now with the hard plastics, the whole thing has been brought together.

At the core of the army are now three glorious hoards of Rabble. I’ve almost got full model count on each horde too, so that’s approximately 120 goblins. And even after building and painting that many, I’m keen to do more (despite saying numerous times I would never paint another horde again). A horde of spitters, here, some sharpsticks there. The goblins were a joy to build and paint from start to end.

And after putting all of them together, I can genuinely say they’re my favourite goblins ever. There’s so much character in each one and the addition of weapons/armour they’ve stolen from other armies, ties perfectly into their fluff for Third Edition and beyond. They’re super easy to put together too and the joins ensure you can pose them very easily too.

And the great thing, unless you’re a complete FMC nutcase like me, you can use the spare parts from your infantry to ensure your Fleabag Riders have the same style as your infantry. The size matches perfectly and these little additions really help to bring the army together. Sniffs are a little trickier but I’m sure it can be done!

Just like the Fleabag Riders were improved with some of the pieces from the hard plastics, I think there’s an opportunity to do the same for the Mincer Mobs too. Although I’ve used spare Winggit crews from the resin department – and you may get lucky at an Open Day to find some of these – the hard plastics will make great crew. Not just for the Mincers, but for some chariots too. A load of Spitters piled onto the back of a chariot will look ace.

Need some extra crew for your war machines (I hear they’re popular nowadays) – then use the hard plastics! Again, I’ve got some of the older ones here, but will most definitely be replacing at least a couple with a hard plastic option.

The Flaggit, for example, is a combination between the Fleabag Rider command pack and a Vanguard goblin. Now I’ll be able to make a few more of these with alternate heads. He’s flanked by two of the new Wizzes too. The one on the left is particularly exciting because the Mawbeast is entirely separate – which has got me thinking about those chariots again.

The new minis have really helped to breath new life into my entire collection and I’m looking for ways to go back and improve other elements. Units that I thought were done long ago, are potentially going to be improved with a few extra goblins here and there. Such is the appeal of the new hard plastics… I almost want to start a new army.

THE NEW GOBLINS WILL BE AVAILABLE TO PRE-ORDER FROM THE MANTIC WEBSITE TOMORROW! 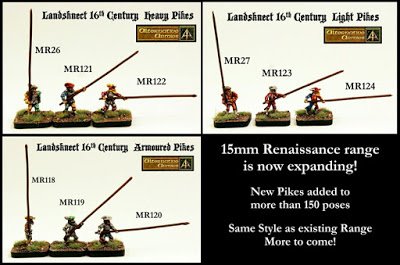