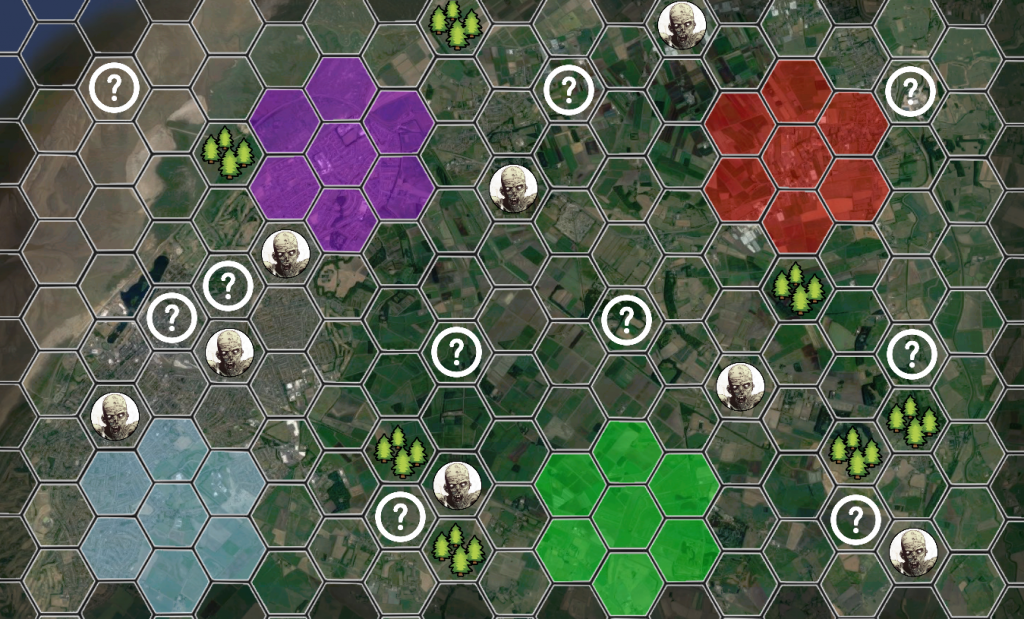 For today’s blog post we’re dipping into the media community to have a chat with Tom from T&G Productions about their new content for The Walking Dead: All Out War in the form of an exciting four-player campaign!

Q) A campaign? Sounds exciting! What can you tell us?

A) Well after marking TWD battle reports for a couple of
years, we’ve really developed an affinity for certain factions and characters,
as well as ongoing narrative in-jokes and acts of heroism. Whether it’s Carl’s
lucky hat, Shiva hitting like a damp sponge or the impeding sense of dread when
someone draws There’s a Storm Comin’, we have plenty of fond moments to look
back on. We wanted a way to create further opportunities for these great gaming
moments as well as adding some weight to each battle and decision. So, we have
four players, each with their favoured teams (Grimes Family, Greene Family,
Saviours and Prisoners), battling it out in a five round (10 game) campaign for
supremacy!

Q) Great! Will you be using the Fear the Hunters
expansion?

A) We’ve created a slightly updated campaign document
specifically for the channel, though it is certainly based heavily on the FtH
expansion from Wave 5. Ideas such as the ‘campaign cards’, which add a variety
of complications to battles, as well as the grid-based system and places of
interest are all present. However, we have made some significant changes to add
unique flavour to each crew and battle.

Q) So what has changed then?

A) Quite a bit! Firstly, we have allocated survivors and
weapons to particular areas of interest, meaning players will have to gain
control of these regions in order to expand their options. However, these areas
are hidden by a ‘fog of war’, meaning players must roll on a table whenever
they encounter a new location. One of my favourite examples is the ‘Hunting
Ground’, which not only houses Chris and his vicious Hunters, but also gives
players access to silenced weapons such as the crossbow and tranquiliser gun!
Each area also gives an ongoing buff for your battles, with the previous
example allowing you upgrade your defensive cover rolls once per game! All this
feeds in nicely to the fact that any scavenged supplies picked up in battles
are kept by survivors, meaning you really have to think about when you use
those bandages and ammo reloads!

Q) This is all sounding incredibly thematic! Are there
any other aspects that transfer between battles?

A) Survivor injuries are a big one, and something we did
a lot of playtesting with. We want everyone’s favourite characters to shine but
at the same time need to add a level of consequence to each loss. In order to
do this, we’ve added in a few rules concerning the lasting damage of ‘kills’
and bites. Permanent death is possible during the campaign, but in general
you’ll find players ‘resting’ those that have seen too much action. There are
also some lasting impacts of your faction markers on the map, with walker
infested zones adding to the Threat Tracker while attacks in your ‘base’ hex can
trigger a specific game type called ‘Assault’ – all of which add to the ongoing
struggles for control shown by the factions.

A) Well I think it will come as no surprise to anyone
that I’ve gone with the Prisoners – and while Dexter and his buddies might be a
little less powerful than their opponents one on one, they have some excellent
synergy and options for cool equipment to power them up. As we have a
gentlemen’s agreement to try and equip our survivors in as much of a WYSIWYG
(what you see is what you get) manner, the prisoners also benefit from being
modelled with a variety of weapon types. As for who I’m gunning for…well,
actually I might need to play avoidance in the early rounds as there are some
BIG hitters in the starting crews, Negan, Shane, Rick – all with high nerve and
damage potential. So my plan is to try and limit my casualties early until I
can recruit a superstar leader like the Governor or Andrea from one of the
points of interest.

Q) Is the campaign something that viewers can use for
their own games?

A) Certainly. We have compiled the information into a primer document here for viewers to make use of. We are hoping that those who enjoy the battle reports might be spurred into running their own ongoing narratives and are welcome to make use of the format that we have produced, digging out some of those lesser-used minis (looking at you Eugene) for a run out. Additionally, after the success of this year’s Conflict event, there is definite scope for us to run a ‘campaign weekend’ with players joining forces in teams to represent factions on a larger variant of the map!

Q) Fantastic! When and where can people tune in?

A) The campaign goes live TODAY! We have an intro video
and the first game uploaded with forthcoming matches uploaded into early 2020.
Viewers will be able to see each map update at the end of every second video (eg.
Round 1, Game 2) to see how the factions are expanding their influence and
we’ll be sneaking teasers into our social media as each game is recorded. 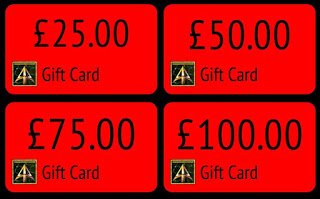 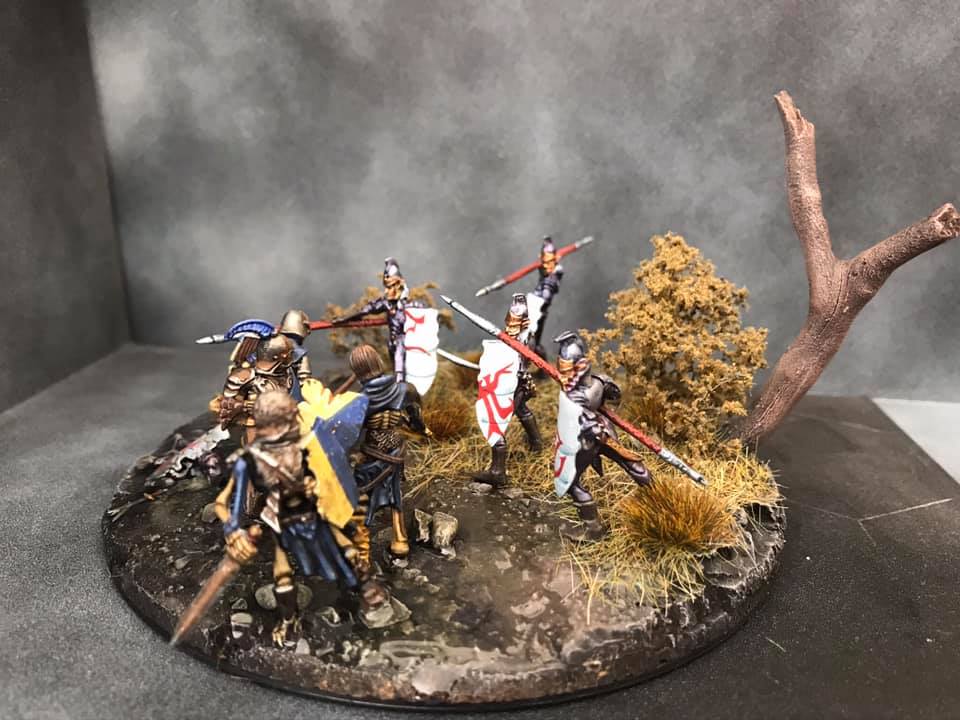 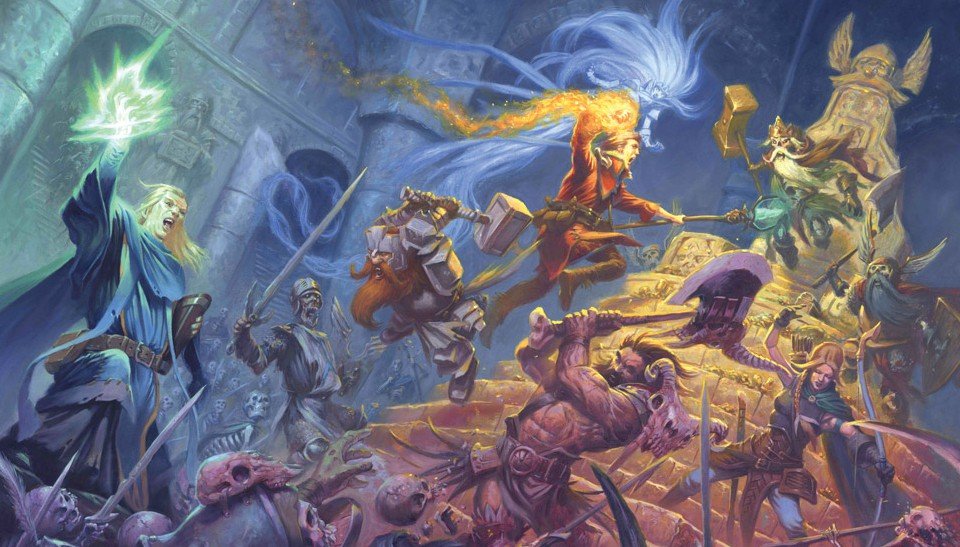 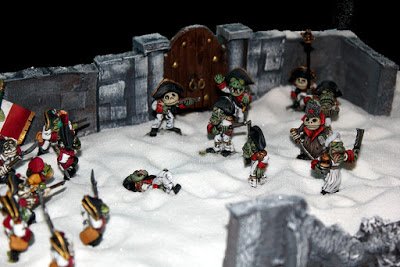