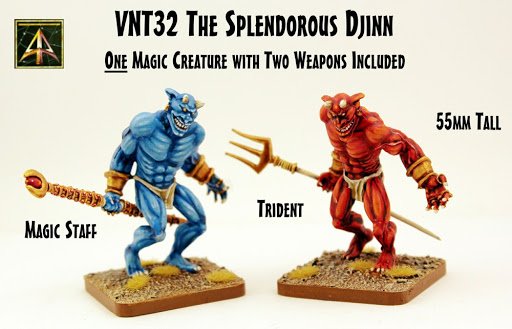 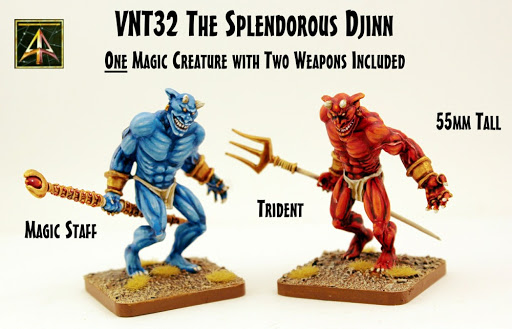 Making a return to Alternative Armies a mighty creature in our fantasy ranges.  The Djinn has been re-mastered and transformed into a multiple part kit with a small degree of posing and two different choices of weapons included.  All as part of our Summer Campaign 2020 event.

“You cannot control me mortal nor bend me to your will. Without the flask, the bottle of my enslavement, I am free to act as I please. I may choose to return to my dimension or to send you there in my stead. I may elect to shift shape to that of a demon which will core your bones or to take the fleshy guise of a maiden which will sour your loins. I could crush you or stretch you so tall your head will cloud touch. But I will stay my act if you wish for it. I can make dreams real and make gold from purest air. Trick you? No. Never. It is not our way mortal. Now…wish.” 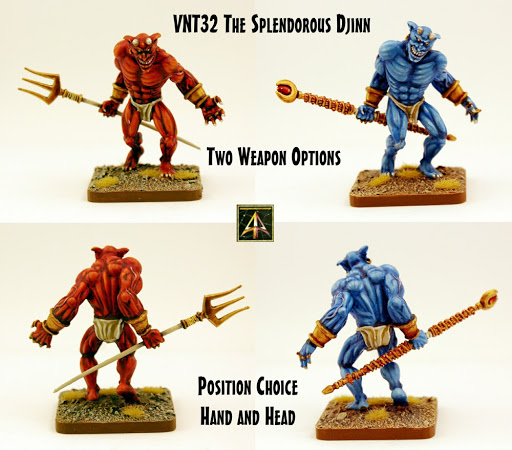 VNT32 The Spendorous Djinn
This code contains ONE metal model approx 55mm in height which can be assembled in two different ways and has two different weapon hands included.   Works in several scales as a giant or god or foe. A Large Djinn (Genie) kit composed of one body with a separate head, separate fist hand and two different weapon hands ( trident and magical staff).  Assemble your chosen version and use other weapon hand for diorama or scenics.  Small degree of wrist and neck pose choice. This model is not supplied with a base and is supplied unpainted.  Images show variants and scale shot (other miniatures not included).  Go HERE. 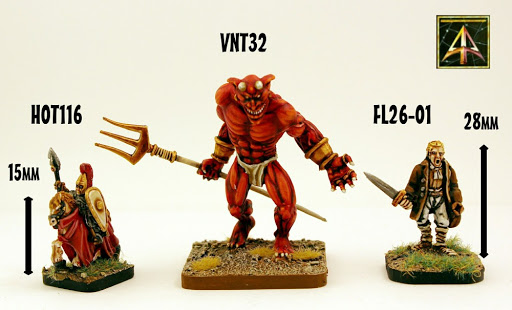 As you can see above this creature works well in 28mm scale and in 15mm scale too. 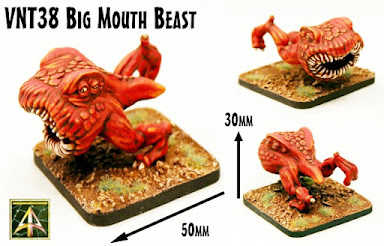 We have a large array of monsters which you can put into your games.  See the HOT 15mm Fantasy Range and the 28mm Monsters and Creatures Range to name two possibles. Dragons, Giants, Trolls and much more.  Such as the VNT38 Big Mouth Beast above which is a fearsome thing!

There is a mass of new releases and news this month which will be coming at your every two days of so.  Keep an eye out for it!