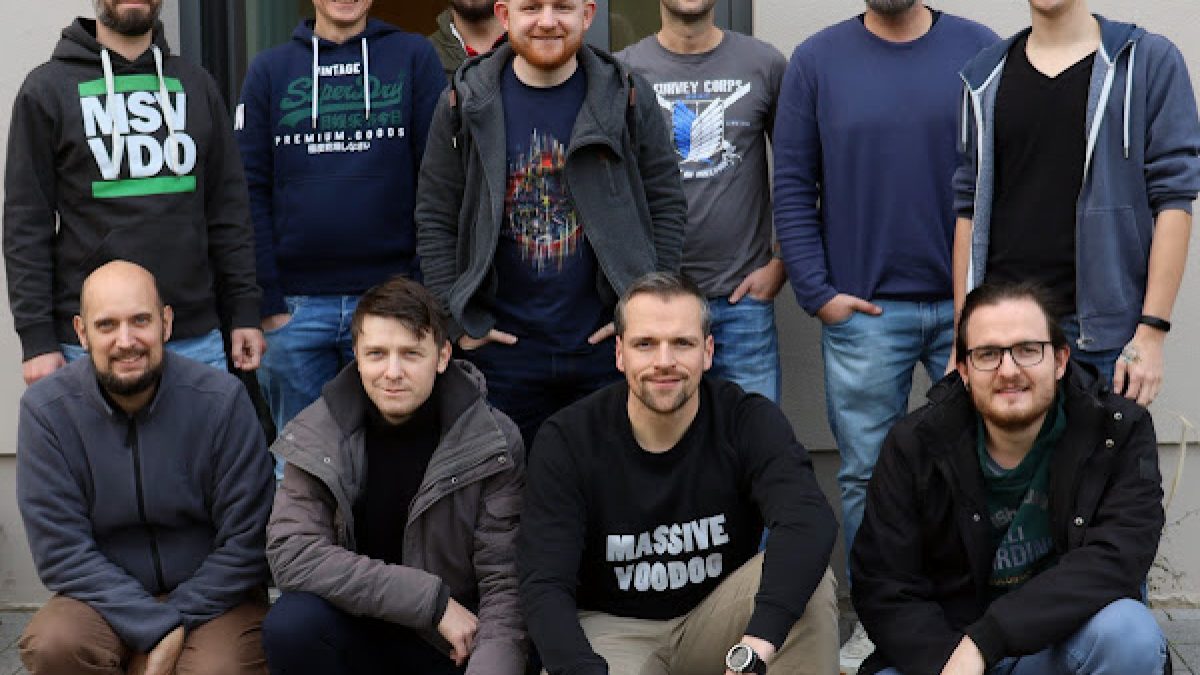 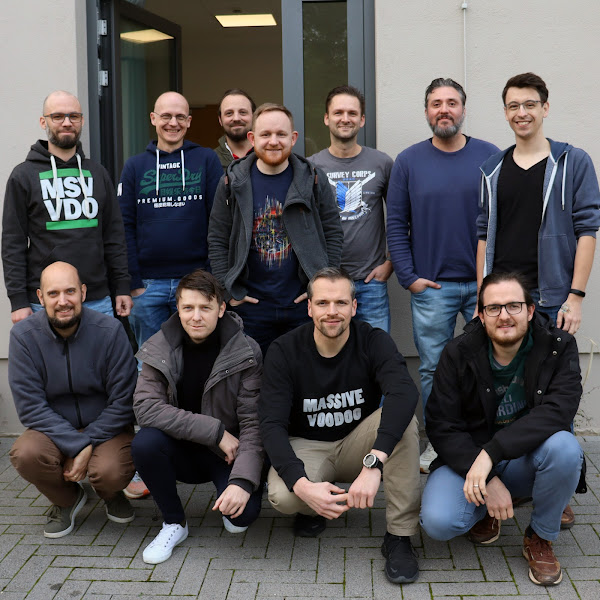 On 19/20 November, three jungle boyz went to the lovely town of Soest, in Northwestern Germany, to participate in a painting workshop by the fabulous Tamer Widerspan. This was the second time that members of the Massive Voodoo crew joined Tamer for one of his workshops – please check the great review that our jungle brother Sebastian put together on his experience.

In this little review, Andy, Kilian and David briefly summarize their experiences and thoughts on that weekend filled with loads of fun, paint – and non-metallic bling!

I have tried NMM in the past on several miniatures and have never been satisfied with the results. It always was kind of a secret to me how to approach a proper NMM even with studies of the works of Kirill, Lan or the several other big players in the miniature painting game.

As my jungle brother David came up with the idea of visiting the NMM Masterclass of Tamer, I immediately checked the calendar and agreed, asked my local hobby buddy Morten to join and we took the 4h ride to Soest. We arrived early on Friday and took the chance to go to Dortmund and visit the PACE automobile museum – highly recommend if you are into cars. 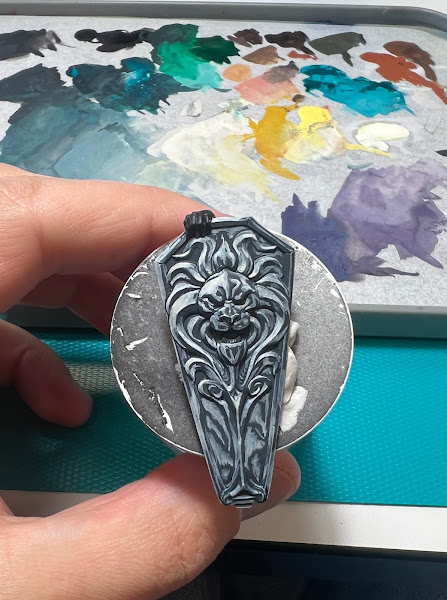 With some basic knowledge of NMM in my toolbox, the workshop started Saturday morning and I was really looking forward closing my knowledge gaps. Tamer started with a theory part which took around half an hour and the rest of the weekend was painting. At this point, some major gaps were already closed… Main lights are obvious for sure, but the keys are the secondary lights and reflections to make it readable… ahhhh there was a light switched on in my brain and through the workshop, more and more lights were switched on to see the whole plan (mainly in how to approach, color choices and so on). Like islands of knowledge I already had, are now connected by bridges. And those bridges will become land by practicing… like always 😀 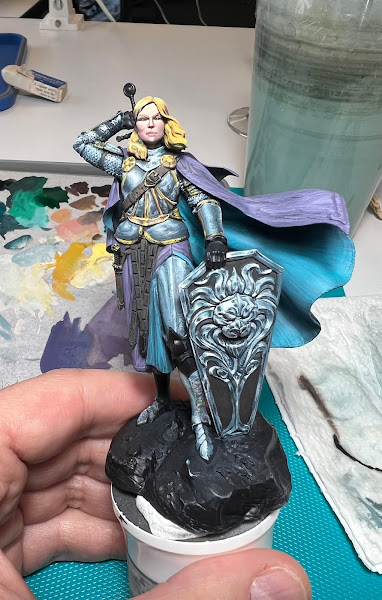 The location was great in the seminar room of the hotel, and all necessary stuff was provided by Tamer (e.g. lamps, wet palette, colors) which makes it super easy to attend the class by just bringing your brushes. For me personally, I have not been painting with the typical miniature painting color ranges for years, more with artist paints and lately inks. So, even though there was a big variety of brands and colors, I had some issues with the color ranges and the consistency at the beginning. I would be taking my own colors next time just to be more confident in color choices – but no worries, everything worked out in the end.

The workshop miniature was a great choice for the whole topic due to big armor surfaces and the possibility to try to replicate different materials. I tried to finish some surfaces with brushed and others with polished metal or gold applications, sketched some parts and went a bit too far (don’t look at the shin :)). Thanks to Tamer again, he was always open for questions and guidance.

Overall, it was a super nice weekend meeting new people in a great atmosphere and special thanks to the gang David, Kilian and Morten.

For some people in our hobby NMM is treated as the holy grail. If you want to flex with your skills, there is no way around it. For me, it was(!) a mostly frightening concept of an already tricky thing – painting metallic surfaces. I head to Tamer’s masterclass with equal parts of fear and excitement. It was the first masterclass that I was going to take, so it was very likely that the overall skill would be very high. On top of that I always had my issues of understanding how to paint TMM metallics and it took quite some time till I had figured it out. But I was also over the moon excited to learn this infamous technique of NMM that only the painting gods speak of.

After a good night’s sleep and a very good breakfast at the hotel in Soest we welcomed each other in our classroom and Tamer talked a bit about himself and his motivations. What I really loved about this, is that he was brutally honest. He knows exactly what he is painting for and is open about it. He also tells you, that he can only convey his idea of NMM and that you must adapt it to your style. A very humble approach! The theory portion was short but precise and decomposed NMM into the key facts. Tamer showed us how he applied the theory on the model, and it was very helpful to see the process firsthand. From this point on it was painting yourselves, and frequently getting feedback from Tamer. He was always there and available during the workshop, open and honest with his opinion and helpful with his advice.

I quickly realized, that with the knowledge I had before the workshop and with what Tamer explained to us, NMM was demystified, and it was not too hard to get a realistic, working effect. I had some personal issues with Tamer’s technique though because I am not used to doing blends how he does it. His method of sketching lights and shadows is perfect, especially for larger figures and busts, but I had issues with smoothing everything out afterwards. So, on day two I tried my technical approach, which is almost exclusively glazing and that worked lovely. Tamer also was very open to this idea and encouraged me to try this.

All in all, I can only recommend Tamer’s NMM masterclass! He is a very good teacher and a lovely person. To us mere painting mortals I say: NMM is a technique kept from us by the painting gods! They want you to think you cannot do it! They want you to think it is only for them! Don’t believe in them! Rise up, practice, have patience and soon you will be offered that holy grail.

When I got the news that Tamer Widerspan was offering a NMM Masterclass in Fall 2022, I was immediately game. While I had liked the effect for a long time, and had attempted to paint NMM before (for instance on this Republican Roman Legionary), I always had the feeling that I did not really “understand” it – and all my attempts were mainly a mix of trial-and-(mostly)error, going back-and-forth, experimentation, some frustration, and asking Hansrainer for help in placing lights, shadows and midtones. So, my hope and expectation for the course was to understand the principles of NMM and to learn an approach on how to paint it. And, of course, all this had to be applicable to “my scale”, 1/72nd.

So, when I signed up for the course, I contacted Tamer and told him that I will bring a couple of my own 1/72 minis, which I would like to focus on during the course – and he was very open about it, himself interested in seeing whether his approach would work on the tiny minis.

The two-day course started on Saturday morning with a bit of NMM theory. At first I was surprised how brief the theory section was, just half an hour or so. However, I quickly realized that this was totally sufficient to transport the main points of Tamer’s approach to painting non-metallic metal, and the brevity and focus of the presentation on the most important aspects ensured that we were painting, experimenting and applying the theoretical ideas and concepts while they were still fresh in our minds! And, this was pretty much what we did for the remainder of the workshop: placing the lights, deepening shadows, reapplying mid-tones, and adding secondary reflections here and there.

Each of us could work in their own pace, direction and order of steps, with Tamer being there for questions, guidance and both practical advice and additional theoretical input, where wanted. In all this, he – as well as his friend David Latocha who supported Tamer and was always happy to help out – was kind and witty, open and approachable – and extremely patient.

So, to sum up, I definitely enjoyed the workshop and learned and practiced a lot – and I would totally recommend the course to anyone interested in bringing their NMM game to the next level. And, the fact that Tamer provides all the necessary hardware, including lights, mini holders, wet palettes, and even colors from no less than four ranges (AK 3rd Gen, Reaper, Scale, Vallejo) was much appreciated as I came to Soest by train. Speaking of which: the town is actually a pretty nice place with great restaurants and lots of history – a former member of the Hanseatic League, with lots of half-timbered houses and the remnants of the city ramparts that still enclose the city center and have been transformed into a park. The ramparts-park is also great for a nice little jog after a long day of painting NMM, so if you’re into that kind of thing, bring your running shoes 😉

Thanks for reading and let us know if you have any questions or comments. In the meantime, you’ll find us studying medieval armor and painting metallic bits for a while… 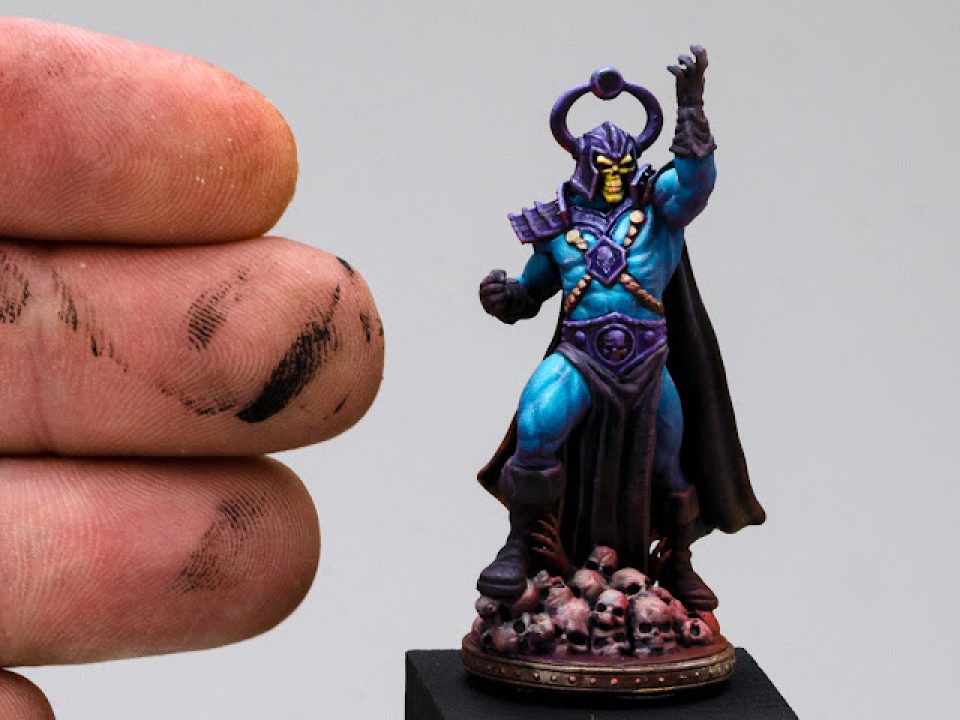 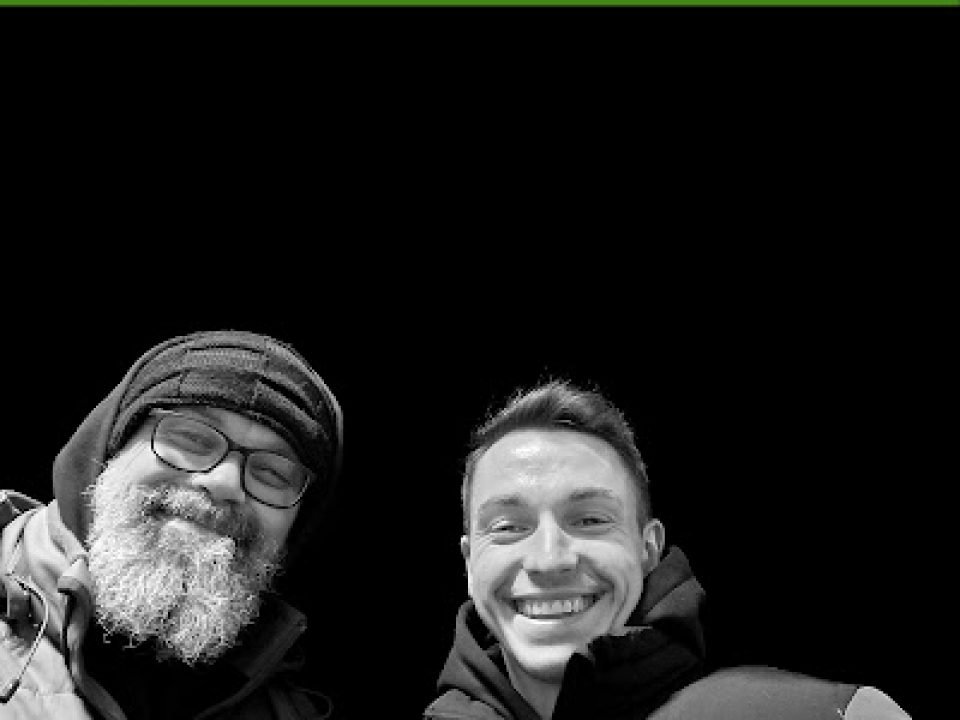 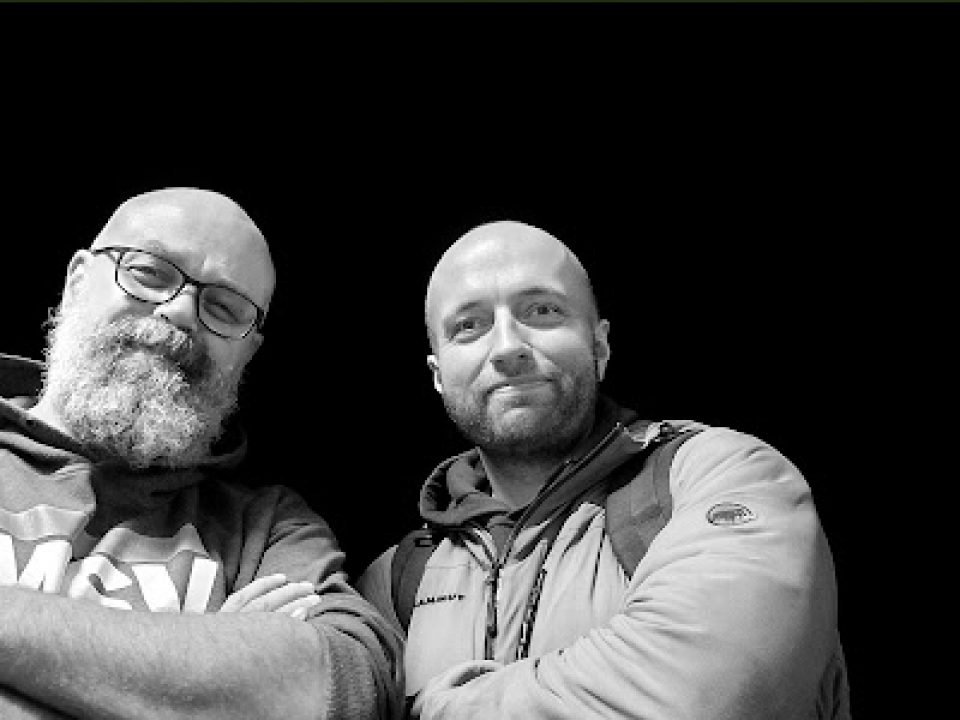 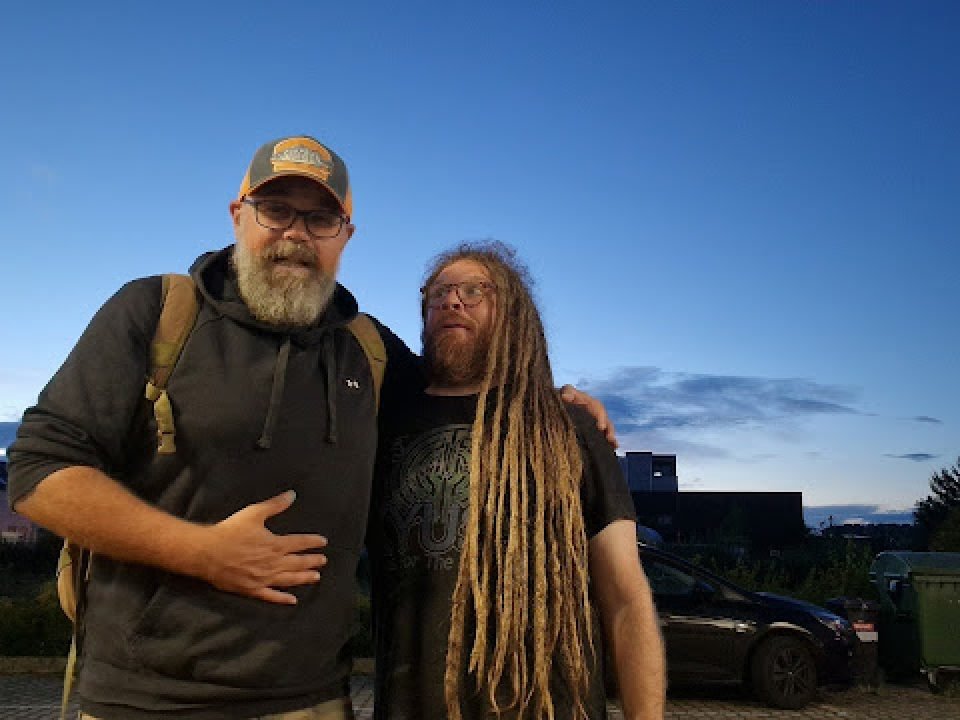 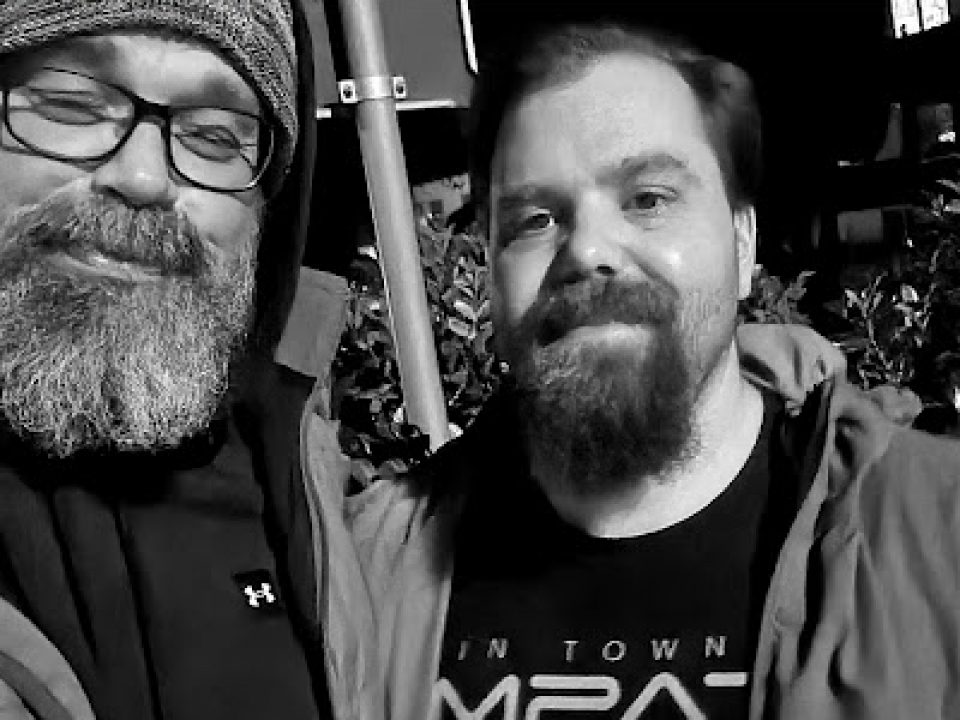