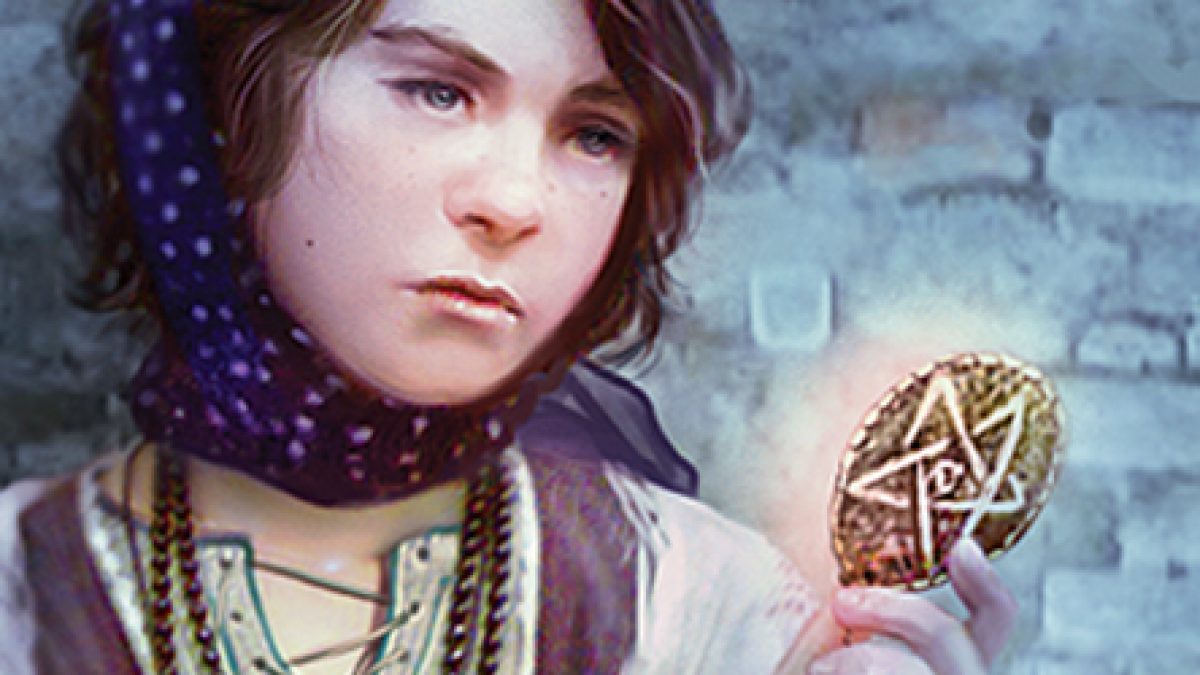 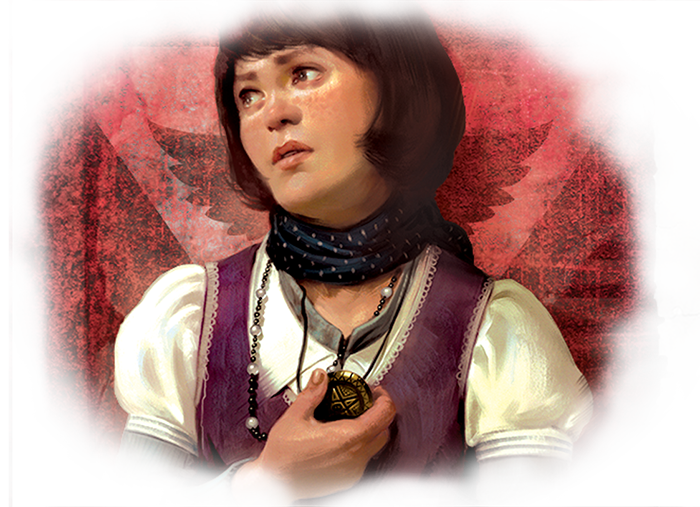 People don’t care about the ones who get left behind. That’s the first thing Wendy Adams learned on the street, after she left the orphanage. She’s had to fend for herself, do whatever she can to scrape by. So far, with just her wits and the amulet Mama left her before they took her away, Wendy has managed to survive.

Then, the fateful day arrived. It began like any other, with Wendy and her fellow orphan James working their way through Rivertown, “collecting” anything they might be able to sell to Oliver Thomas. One trinket among their earnings catches Wendy’s eye: a photograph. Not just any photograph, but one of her father. It’s unmistakable. In the photo, her father stands in front of a building Wendy doesn’t recognize. There’s no telling how recently the photo was taken, but when Wendy turns it over, she sees, scrawled in familiar handwriting: “Soon the Red Tide rises. Stay safe, my little girl.”

James tells Wendy that the photo came from a man in a long wool coat and dark brown derby—the man dropped it in Wendy’s cup earlier that day. Her only lead is that he hopped on a bus near Easttown; a decrepit, unmarked bus that runs to the harbor town of Innsmouth. Wendy sets off for the bus at once—if Dad is still out there, then she has to find him. She has to!

Just like her fellow core set investigators, the Wendy Adams parallel investigator card can be used in place of her standard investigator card during any game of Arkham Horror: The Card Game, whether it’s just the front side, back side, or both. Parallel Wendy also comes with advanced versions of her signature cards and a brand-new challenge scenario, Red Tide Rising.

A Blessed (and Cursed) Urchin

Each parallel investigator comes with new options and abilities, and parallel

(Parallel Investigators, 37) is no exception.

While using the bless and curse tokens from The Innsmouth Conspiracy, parallel Wendy is able to stack the odds in her favor by sealing tokens on enemies whenever she manages to slip away from one (which is something she has always been good at). When she draws an elder sign during a test, she can reveal up to 2 bless/curse tokens, which can trigger the abilities of cards like

Eye of the Djinn

(Into the Maelstrom, 309). Once Wendy has sealed tokens onto enemies, she can use the abilities of her new

(Parallel Investigators, 38) asset to either slow the enemies down or ensure that a future skill test starts with a blessing or a curse. 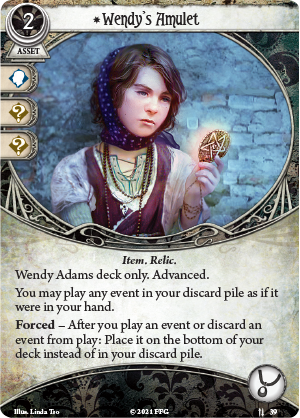 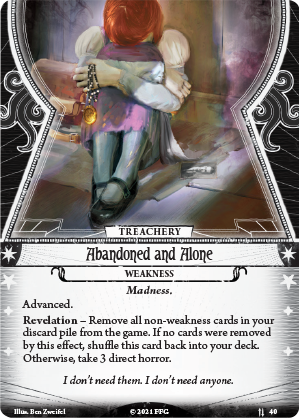 As with the release of previous parallel investigators, Red Tide Rising also introduces the advanced versions of

(Parallel Investigators, 40), her signature asset and weakness, respectively. Wendy’s upgraded amulet lets her play any event in her discard pile as if it were in her hand, not just the topmost one. This opens up all sorts of new strategies for her, but she must also take care, because the upgraded Abandoned and Alone is far more punishing than it was before. Just as with the other investigators’ advanced signature assets and weaknesses, you can choose to use the advanced version of Wendy’s asset and weakness regardless if you’re using her parallel version or not. Just remember: if you want to use her advanced asset, then you must use the advanced weakness as well!

In the Red Tide Rising challenge scenario itself, Wendy is dead-set on finding her father. With a

(Parallel Investigators, 45a and 45b) as your primary tool, you must guide Wendy through the treacherous town of Innsmouth and try to gather as much information as possible. 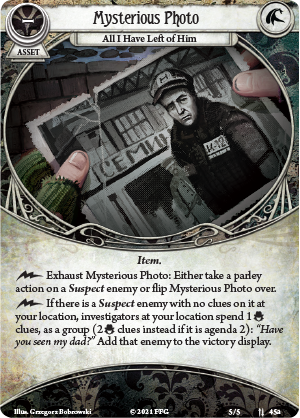 As you pick your way through Innsmouth, you’ll approach Suspects and investigate Hideouts from a special Leads deck. If you can follow all the leads without attracting too much attention, then you might be able to learn something about Wendy’s father; but if you take too long or ask too many of the wrong questions, then you may just end up being chased out of town!

The last thing Wendy Adams expected was to learn of a potential clue to her father’s whereabouts. What secrets is the town of Innsmouth keeping from her? Can she last long enough to find out? 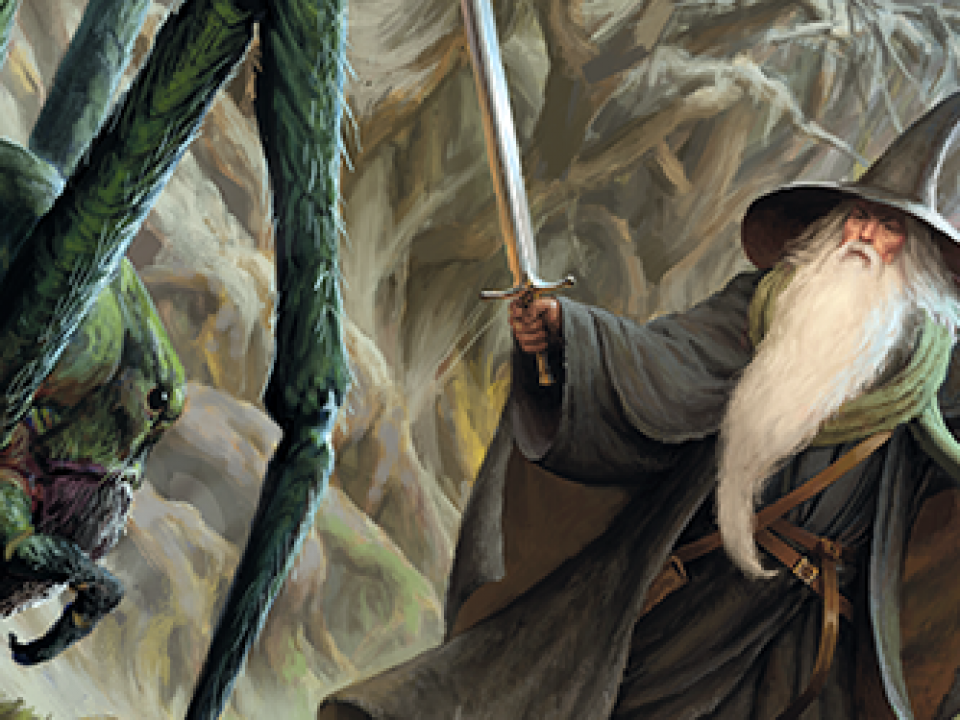 Wings of Glory and Sails of Glory: a new production partnership announced 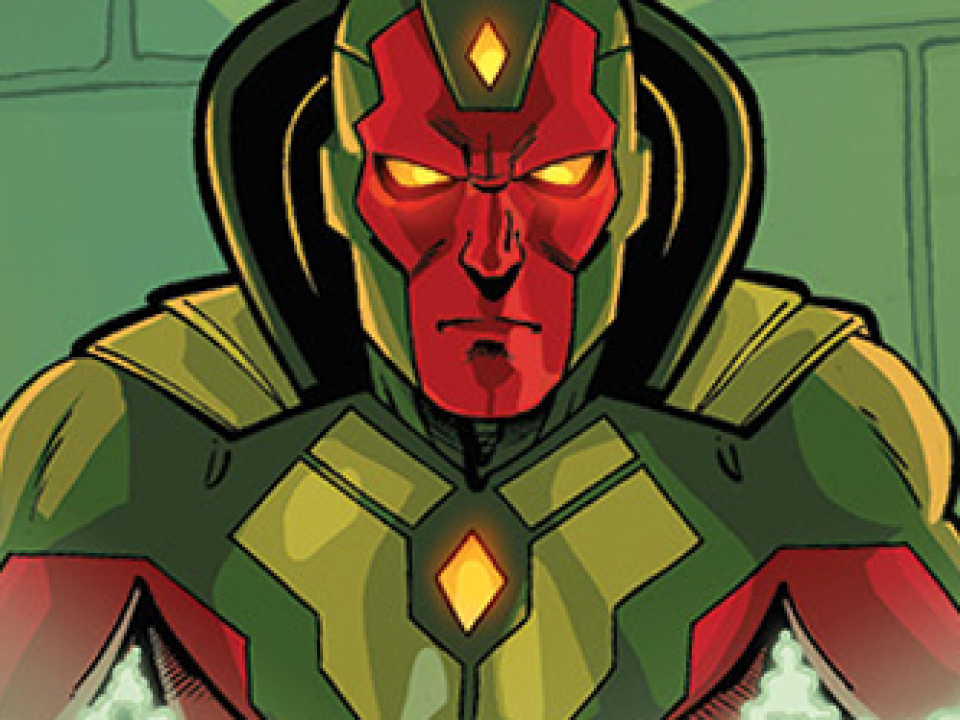 Last One Alive: Rulebook available for download in four languages

Paizo Warehouse will be closed for Inventory January 3-7, 2022.

Paizo Operations will be closed December 31, 2021 in celebration of…