Project Book: A ballad of courage and strange things: a projekt book by Sebastian | Act II Road to WME Serpent part I | 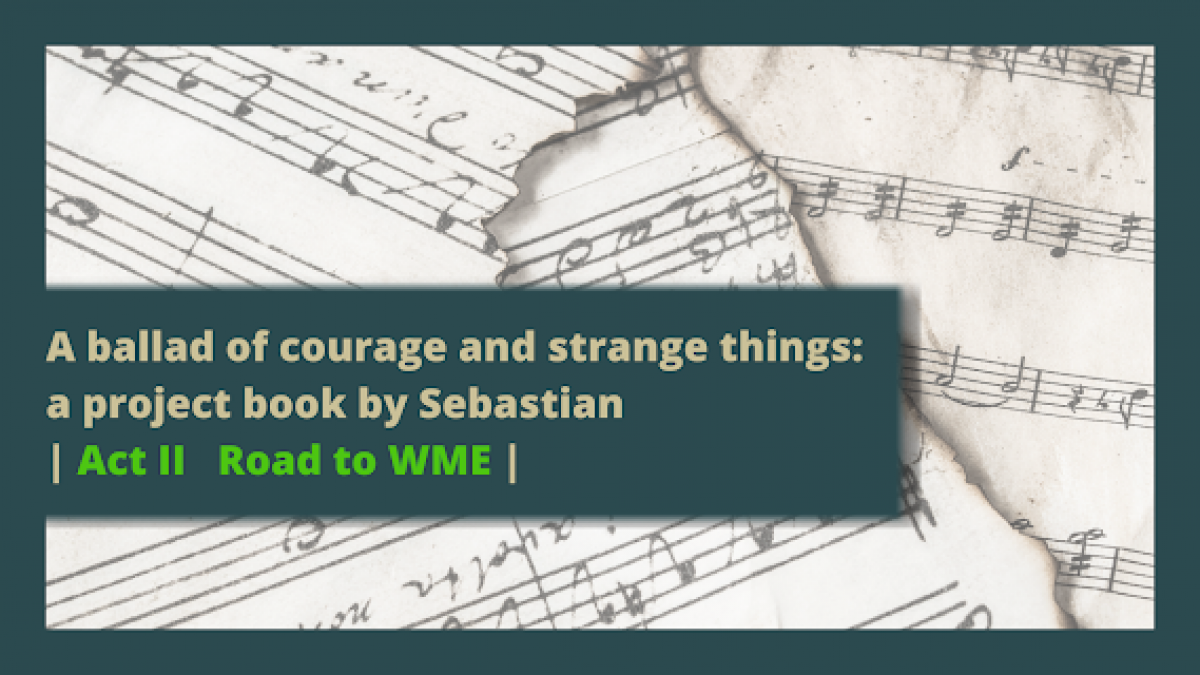 with the Act II, the preparations for the WME start right away. As already mentioned, there are only a good 1,5 months left until the doors open at the WME. I’m curious what that will be, because it’s the first WME I’ve ever attended. Finally seeing some familiar faces again and maybe making some new friends. Who knows?!

But the preparations have been going on in my head for a while. In the end I had to decide what I wanted to finish by then. The final selection was made quickly and so I would like to present my first project to you. 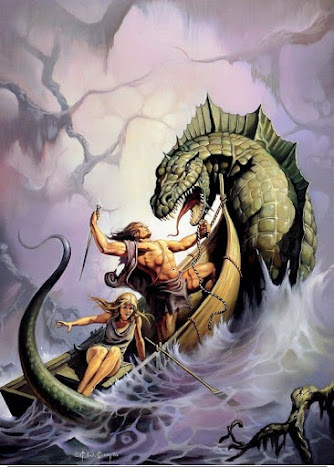 Based on the template by Ken Kelly. Ken Kelly is an artist who has done the artwork for Manowar and Kiss, among others. I was immediately captivated by the manner of serpent. I just like the atmosphere and the power. It was clear to me that I didn’t want to do a 1:1 adaptation. I then searched for suitable minis and found them quite quickly. Only the serpent took a while until I found one that I liked. Almost everything that appears in this dio has been printed with a 3d printer.

Printing was pretty quick. But I wasn’t 100% satisfied with the whole layout and also with the serpent. Even with the base, I was already certain that this would not remain the case. It should be bigger and more dynamic. With a little side scene or two. I was only satisfied with the characters and was allowed to stay. But for the rest, i had to keep looking. 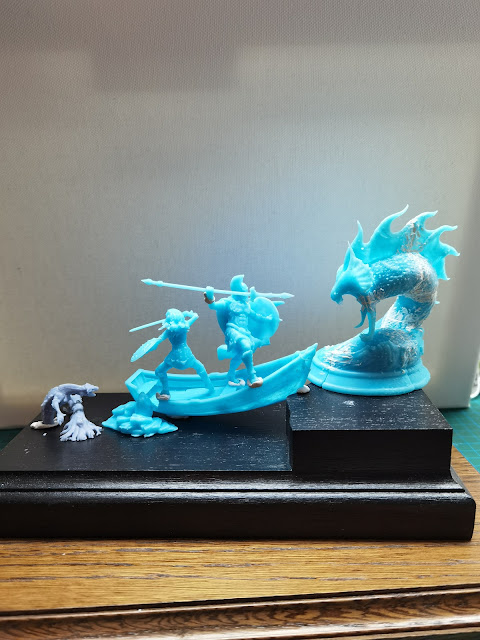 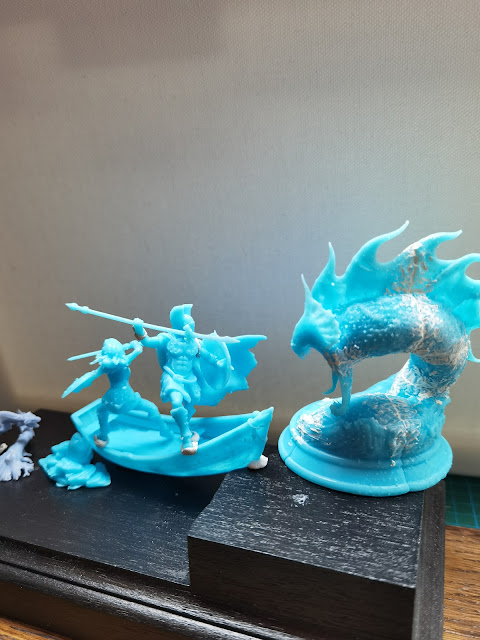 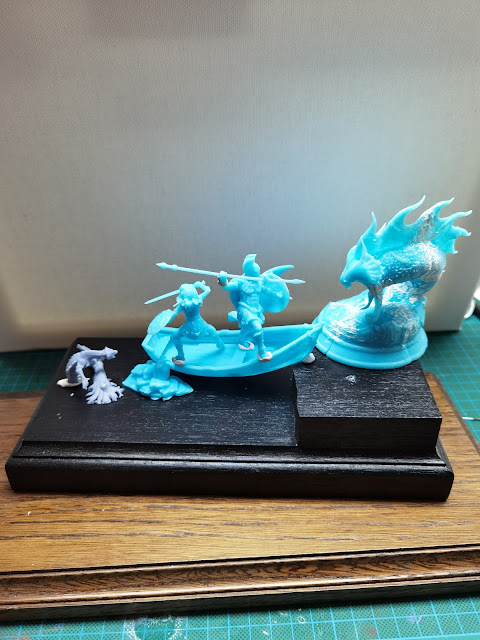 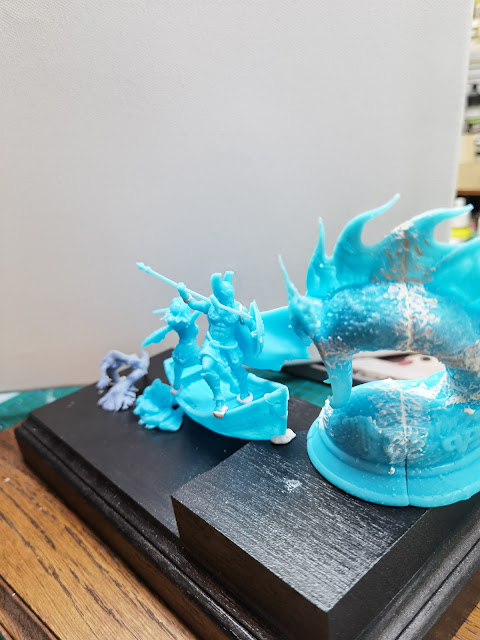 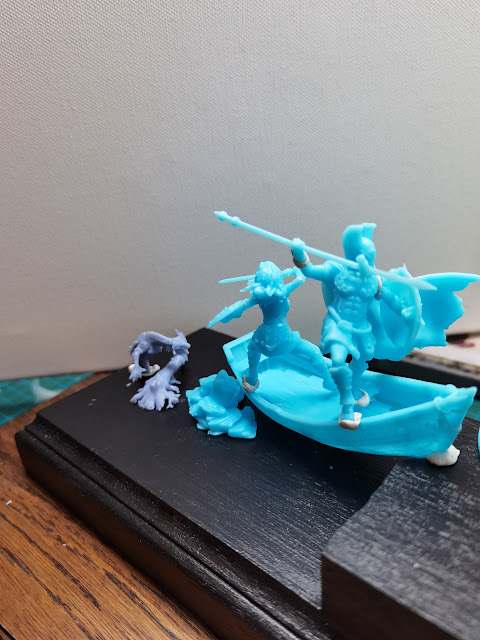 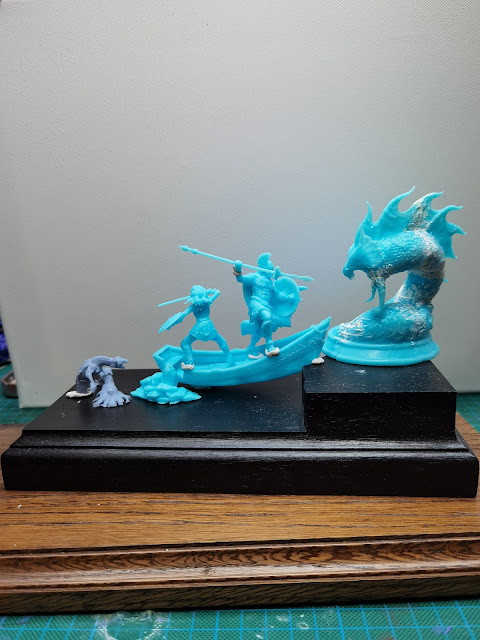 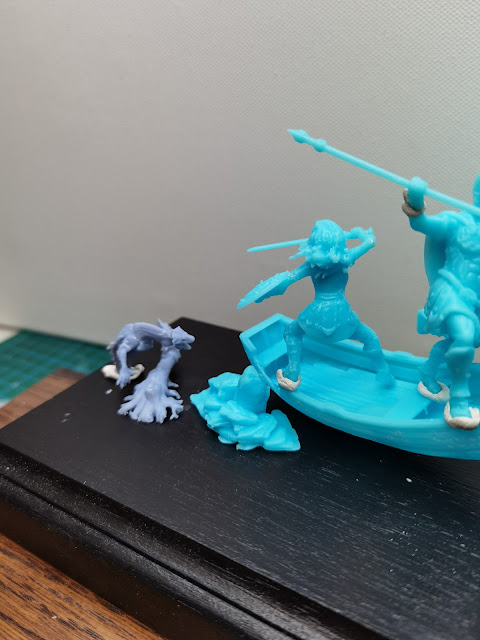 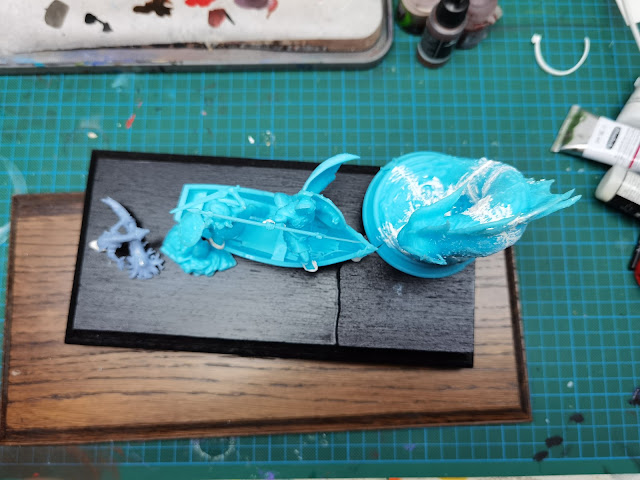 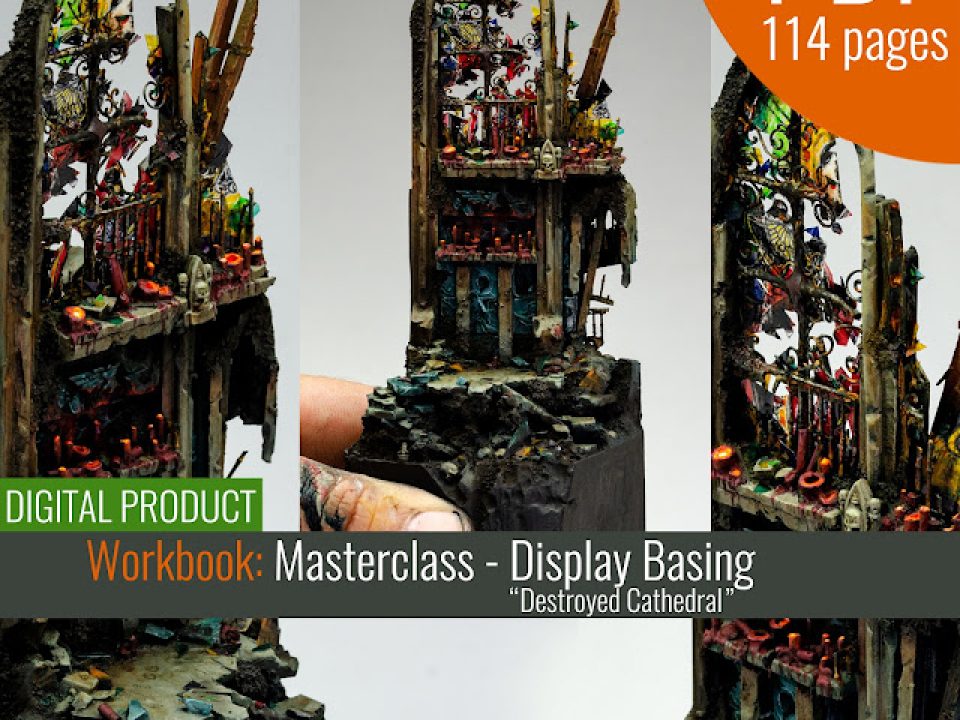 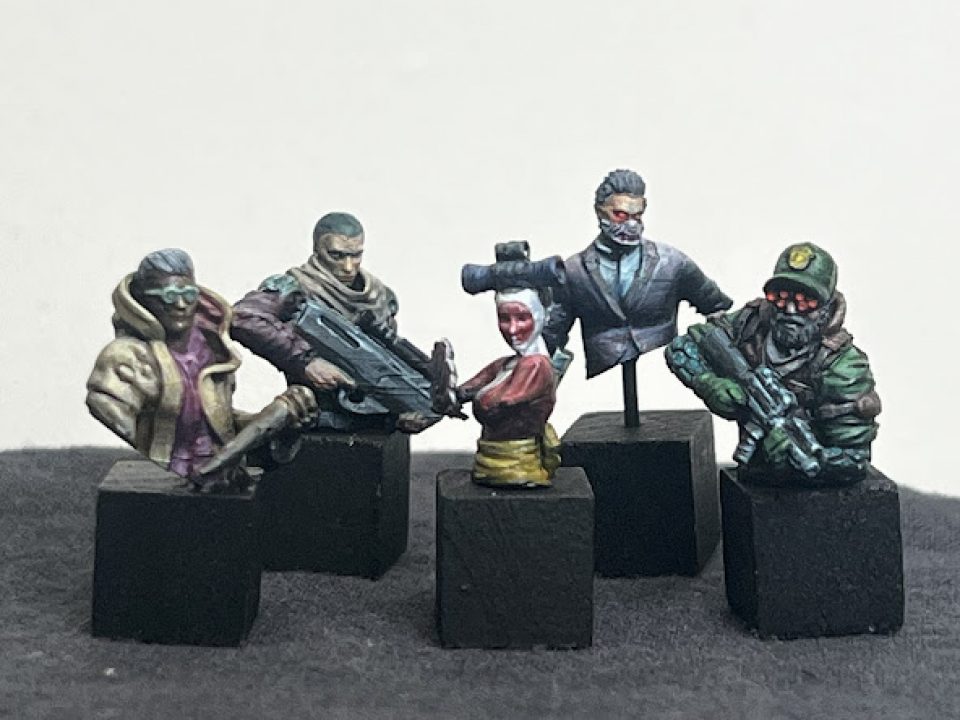 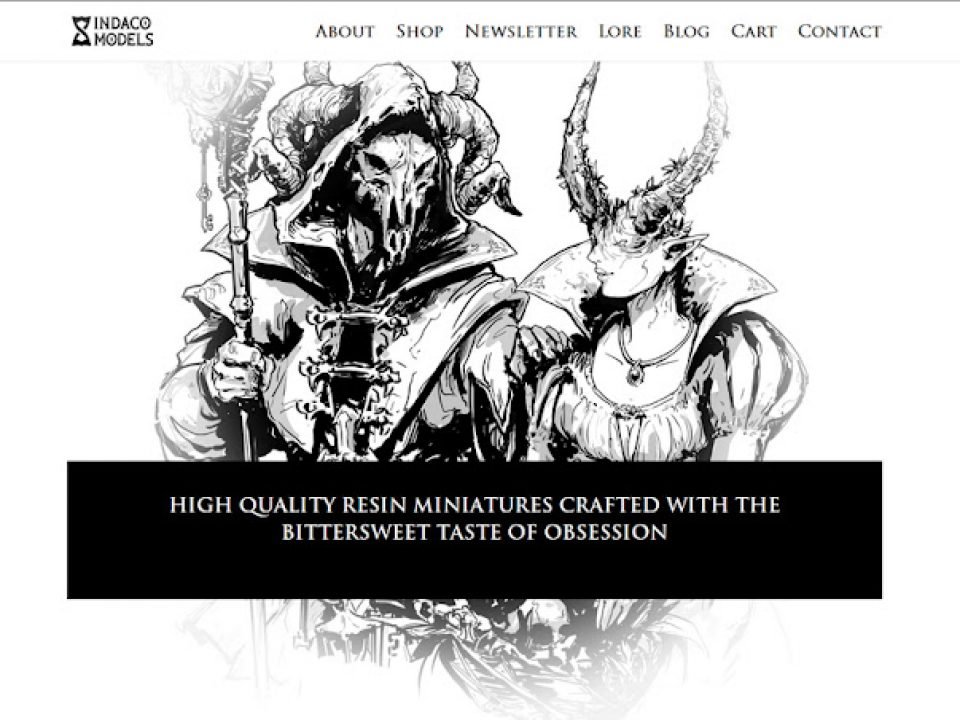 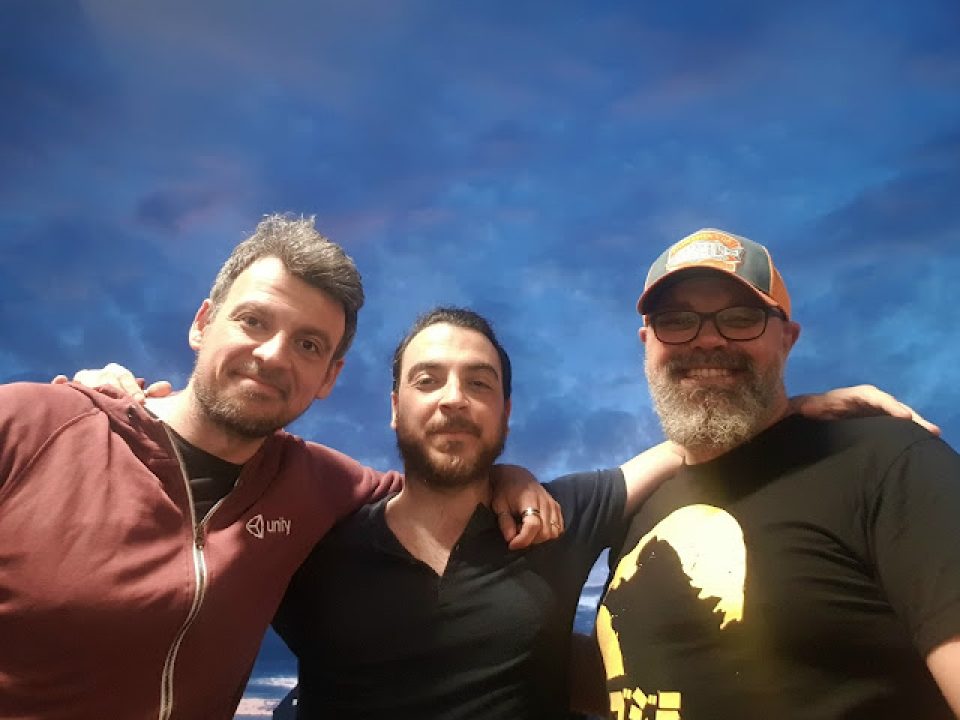 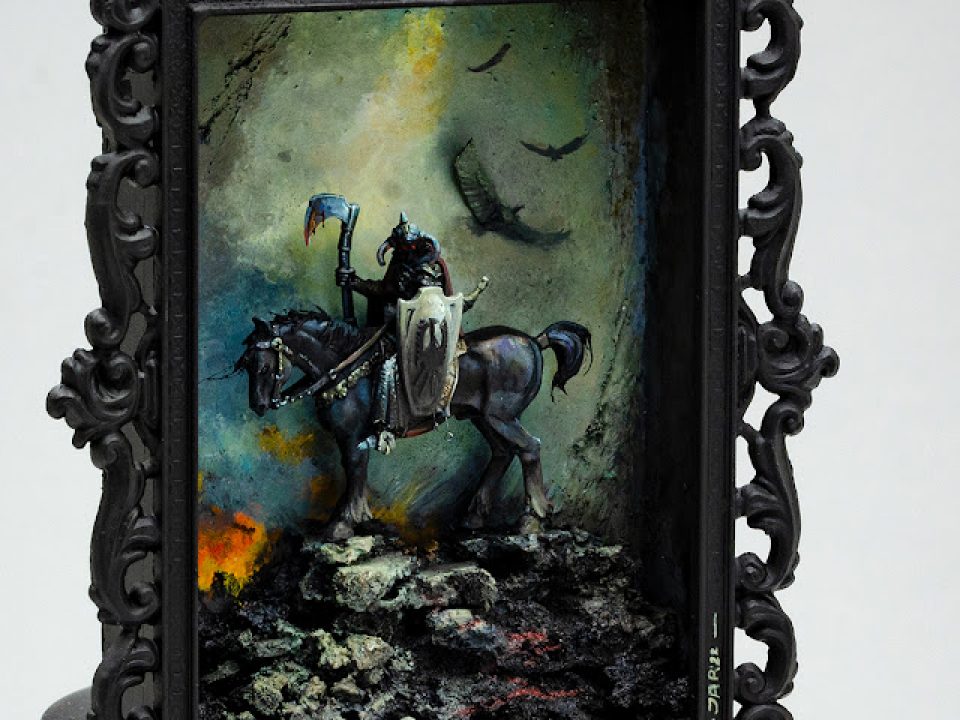