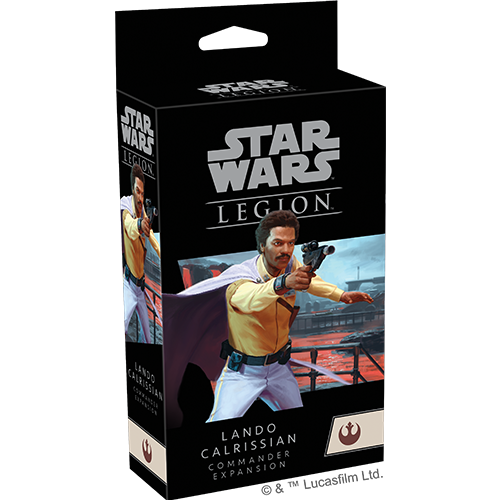 “Everything you’ve heard about me is true.”
–Lando Calrissian, Solo: A Star Wars™ Story

Pre-order your own copy of the Lando Calrissian Commander Expansion at your local retailer or online through our website with free shipping in the continental U.S. today!

Some leaders leave all their cards on the table, making it clear to all they would sacrifice anything for the cause. Others, however, keep their intentions closer to the chest, only revealing their true rebel spirit under extreme circumstances.

Such is the case with Lando Calrissian. A consummate gambler and scoundrel, he keeps his cool as he plays all sides to his advantage. But when the galaxy is at stake, he sides with the freedom fighters of the Rebel Alliance. Soon you’ll be able to use Calrissian’s unique brand of leadership to guide your Rebel armies on the battlefields of Star Wars™: Legion. Fantasy Flight Games is happy to announce the Lando Calrissian Commander Expansion!

This expansion contains everything you need to add Lando Calrissian as a commander of your Rebel armies, beginning with a beautifully sculpted, unpainted hard plastic miniature that reflects Calrissian’s unique sense of style. Not only will you find three different options for his signature cape, you’ll also be able to choose between two facial expressions and whether or not Calrissian appears reaching for his X-8 Night Sniper Pistol in its holster or has it at the ready. 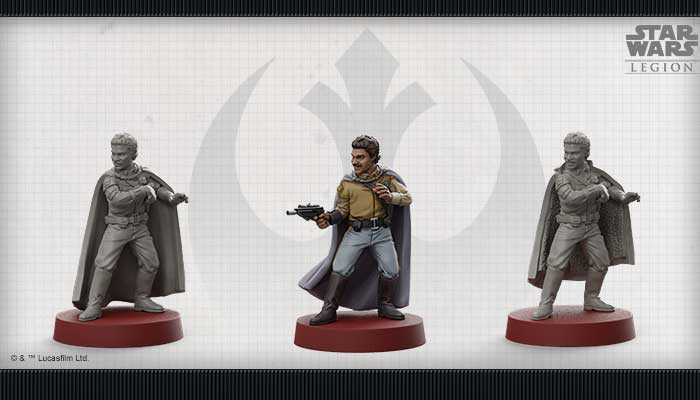 While the miniature gives Calrissian a unique presence on the battlefield, other components, like his unit card and three signature command cards, represent his history as a gambler and his tendency to take high stakes risks. Finally, Lando Calrissian isn’t one to enter a fight unprepared, and this expansion also includes six upgrade cards that give him access to the gear and training he needs to take on any challenge.

Read on for more information on the Lando Calrissian Commander Expansion! 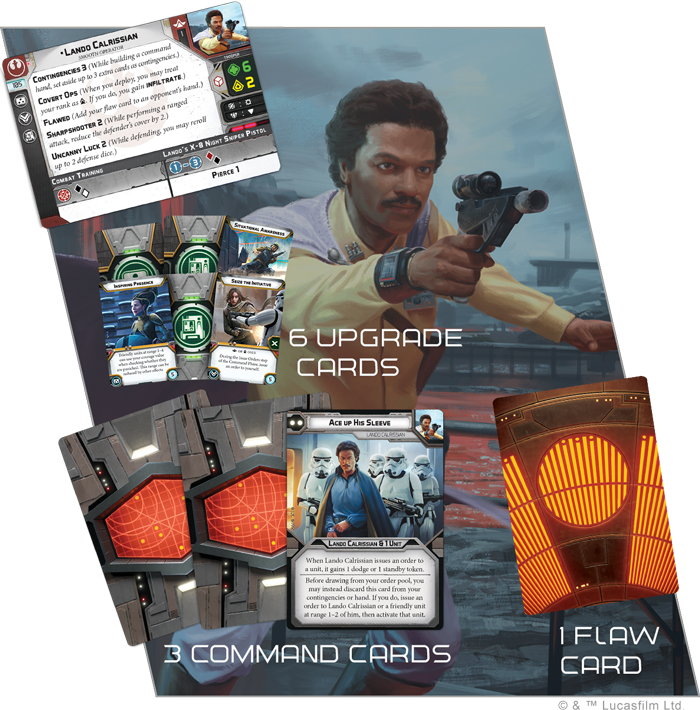 Lando Calrissian has taken on many leadership roles throughout his career, but none is more important than becoming a general in the Rebel Alliance. As he leads Rebel forces into battle, then, Calrissian’s long history as a smuggler and gambler clearly influences his leadership style.

No stranger to sneaking past Imperial patrols to deliver his cargo, it’s no surprise that Calrissian is well versed in Covert Ops and can choose to become an Operative to gain the Infiltrate keyword. Once he’s behind enemy lines, he can also rely on the Uncanny Luck of a gambler and his own

to overcome the limitation of rolling white defense dice. At the same time, he can also use his sharpshooting abilities to deliver deadly accurate return fire with his X-8 Night Sniper Pistol.

While these abilities enhance Lando Calrissian’s individual combat prowess, others set the tone for the whole Rebel army. Like every good gambler, Calrissian always has a backup plan and, when it comes to forming battle plans, he sets aside up to three additional command cards as contingencies. After revealing a command card, but before any other effects are resolved, Calrissian can then discard that card to reveal a contingency card with the same number of pips as the discarded card instead. This makes Lando Calrissian an exceptionally adaptable commander who can readily counter his opponents with careful planning and quick thinking.

The ability to change your strategy on the fly is always useful, and becomes even more powerful when Lando Calrissian is fighting alongside another Rebel commander or operative whose command cards he can swap in as contingencies. If he joins his friends and fellow smugglers Han Solo and Chewbacca on a mission, for example, Calrissian can have access to all of their command cards while retaining his command cards as contingency plans. 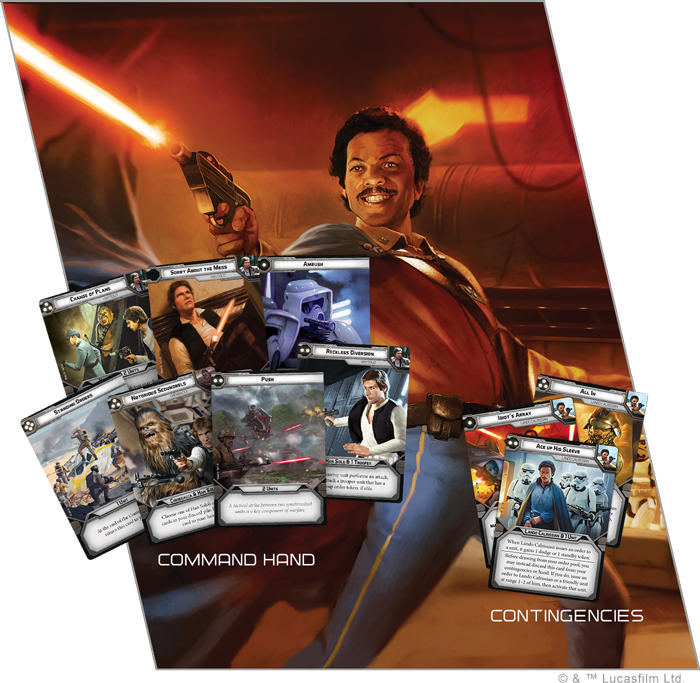 Any Rebel army led by Lando Calrissian is bound to be unpredictable, especially with his ability to activate early and often. Like other Commanders and Operatives, Calrissian can always

during the Issue Orders step to ensure he’s ready to go at a moment’s notice. But he also has an

Ace up His Sleeve

that allows him to bend the rules even further. He could use this command card to grant himself and another unit a dodge or standby token when he issues orders to them. Choosing the standby token gives them a chance for an extra attack or move action before their full activation that could prove pivotal. Alternatively, this card can also be played before drawing from your order pool to issue Lando Calrissian or another friendly unit at range 1–2 an order and immediately activate them, ensuring the right unit activates just when you want it to.

Lando Calrissian may tip the odds in the Rebels’ favor, but bringing down the Empire is still a tall task that requires courage and dedication. Thanks in part to his little maneuver at the Battle of Taanab, General Calrissian is an

for those around him, extending the range that friendly units can use his courage value when checking whether they are panicked. No matter how you decide to use him Lando Calrissian will make the ultimate gamble to save the galaxy from the tyranny of the Empire.

The Rebellion has no shortage of brilliant military leaders willing to take on the might of the Empire. But few of them approach the fight with the flair of Lando Calrissian. Get a feel for his leadership style in future previews!

Heart of the Swarm

Due to a weather-related power outage, some customers may need to… 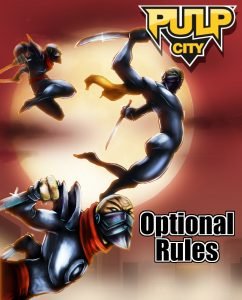