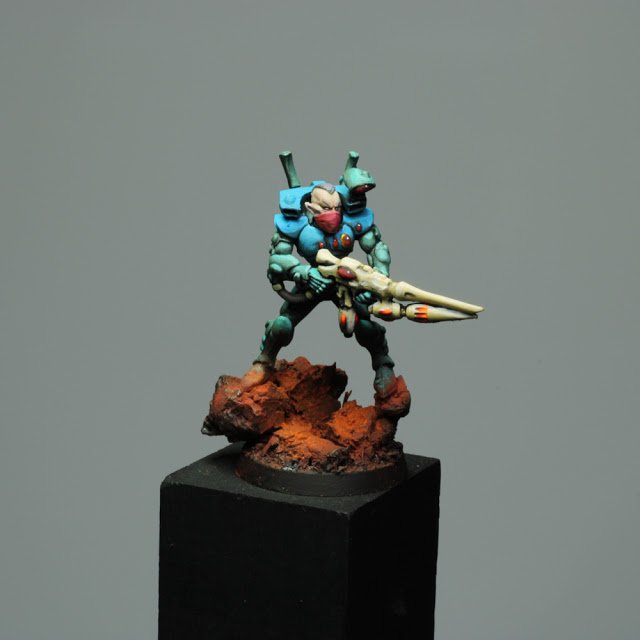 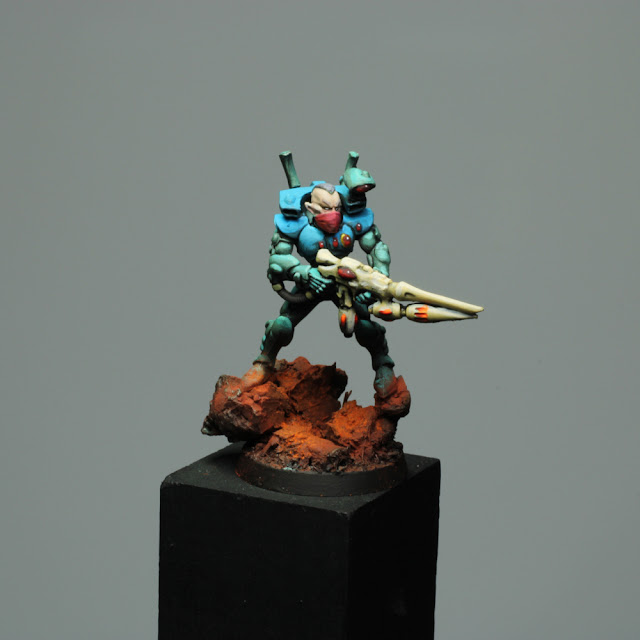 inspired by the call of Gunner with flamer

In addition to 2 Gunners with fusion gun and one with flamer (the second Gunner with flamer will be finished in a future part), I finished my leader, who is also a Guardian, as I mainly want to use his passive Bonus and want to keep him out of danger as much as possible. 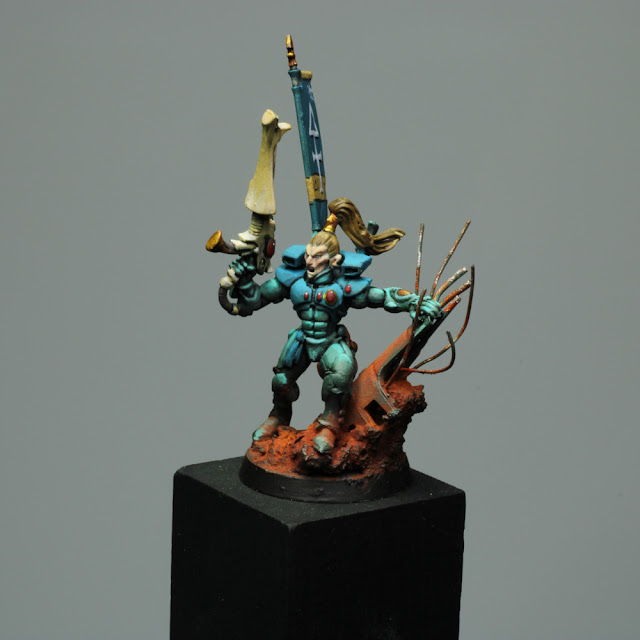 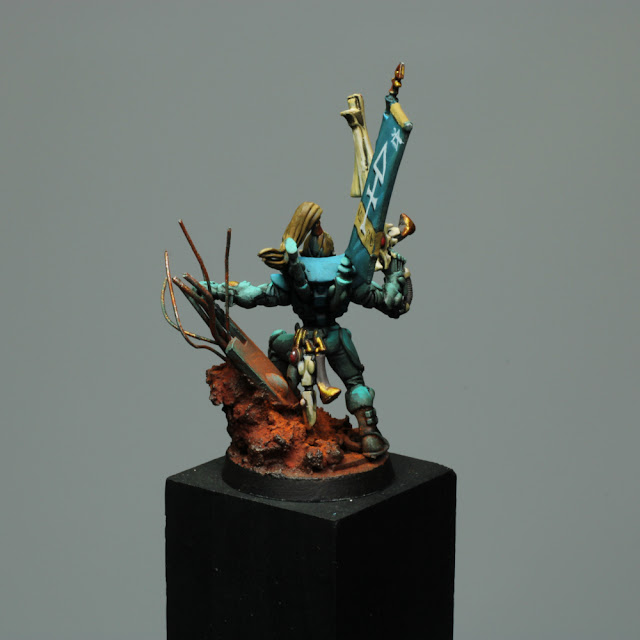 And a group photo of Part 2:

After the last update some major changes happened to my scout character. I decoded that the first version was to bulky and to close to the other Spacemarines.

The main body is based on an enforcer from necromunda which gives the scout a more sneaky and less bulky siluet.

To change the look to s more wild feel I swaped the arms of the envorcer to bare muscular arms.

On the painting side of the whole crew did not happen much. I still managed to start the pretty unuasal ghili suit of my sniper once again realizing it is not easy at all to coapy real nature color schemes.
I am plannimg to finish the build of the scout next week and continuing on the sniper stay tuned!

After painting the sergeant of my squad I decided to paint the next three marines in a row in a little simpler fashion than their leader. To save time and get the squad pushed forward … 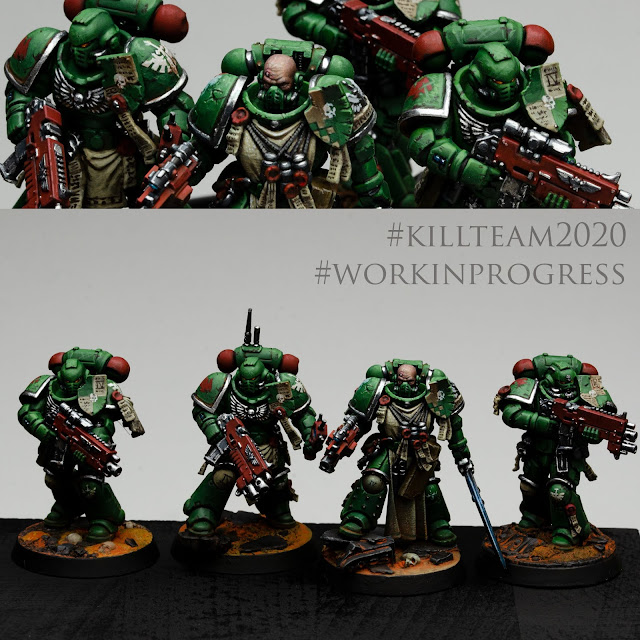 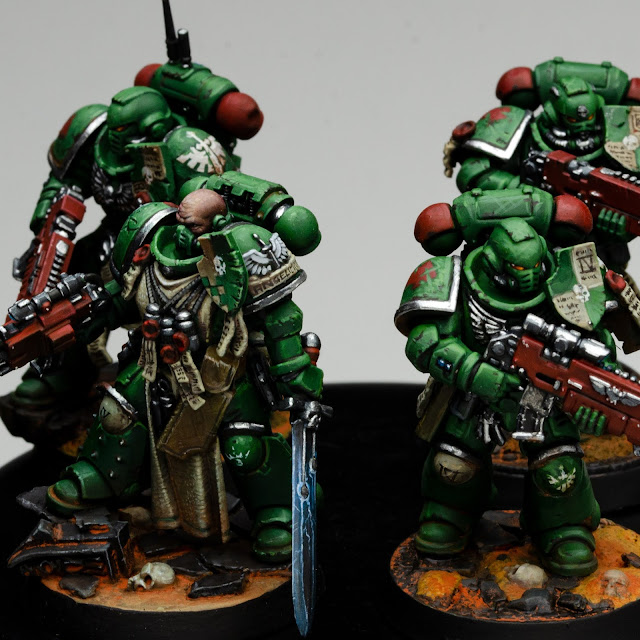 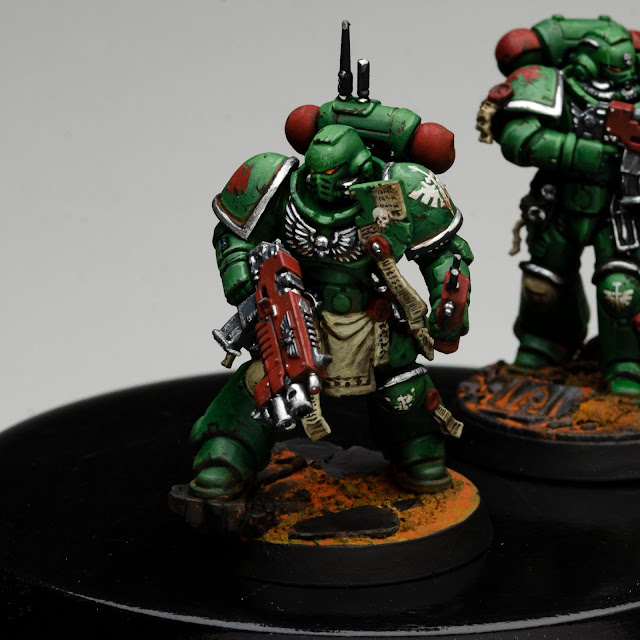 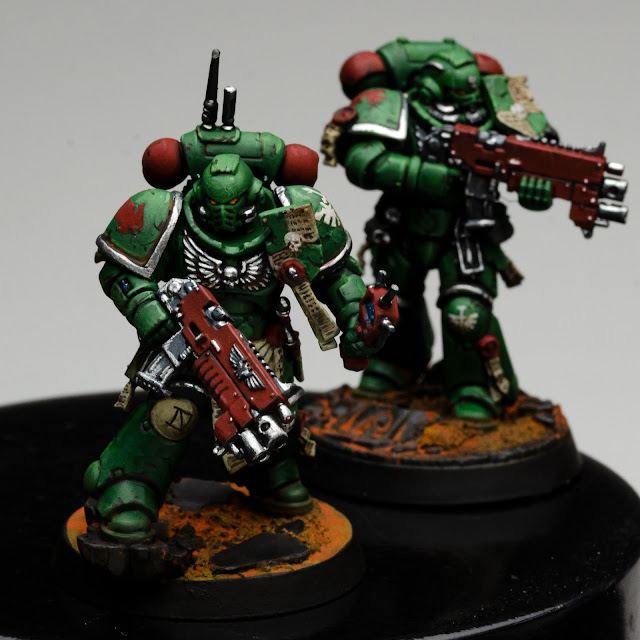 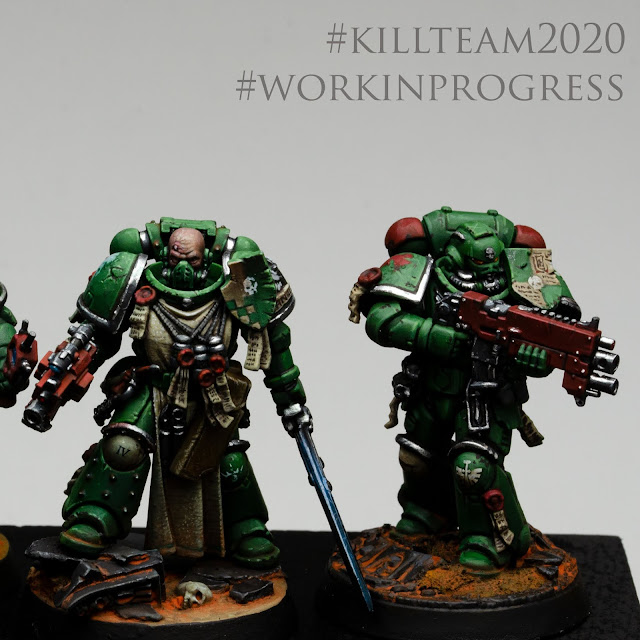 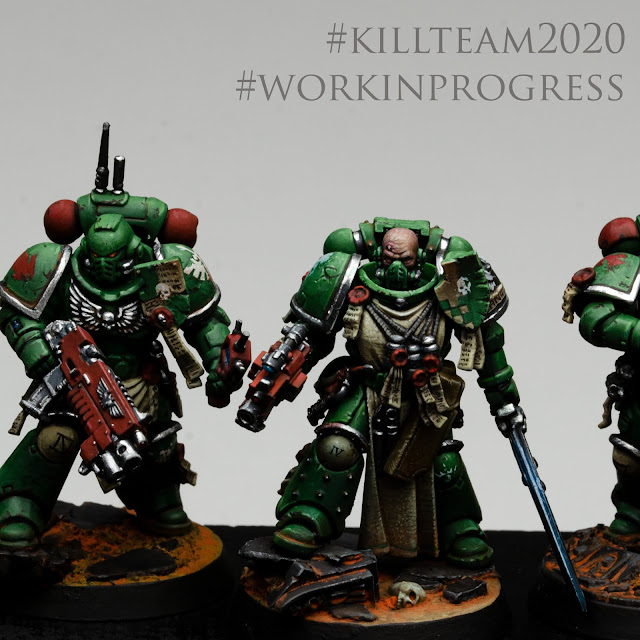 And a regular Primaris on the left here … 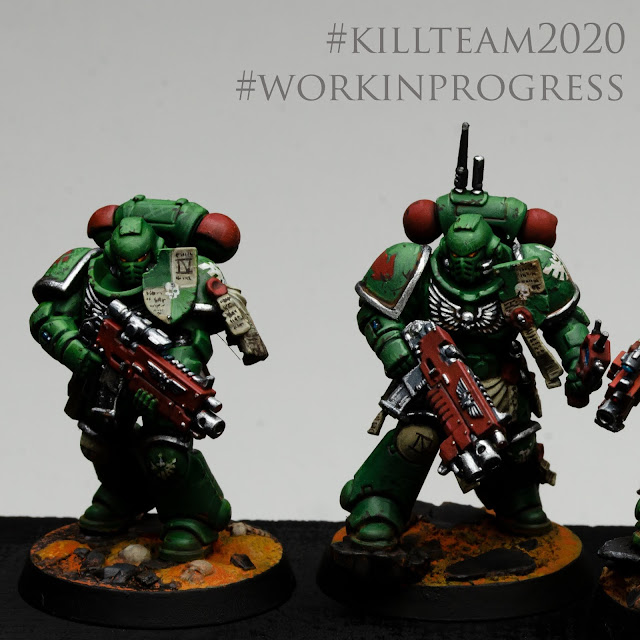 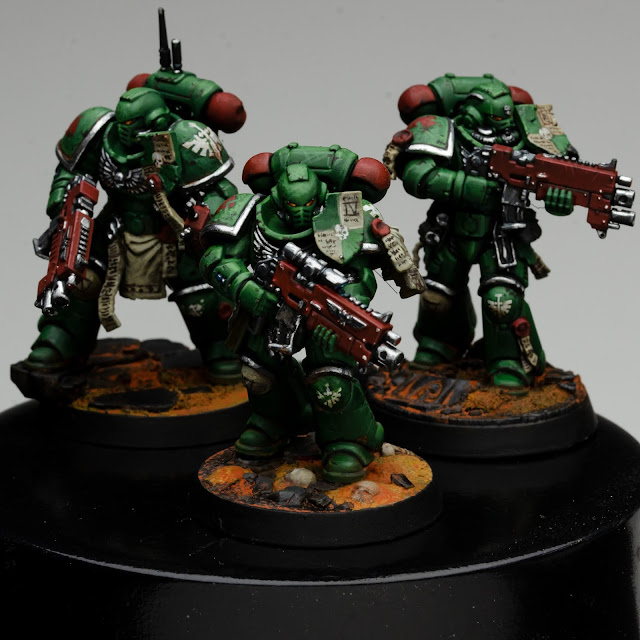 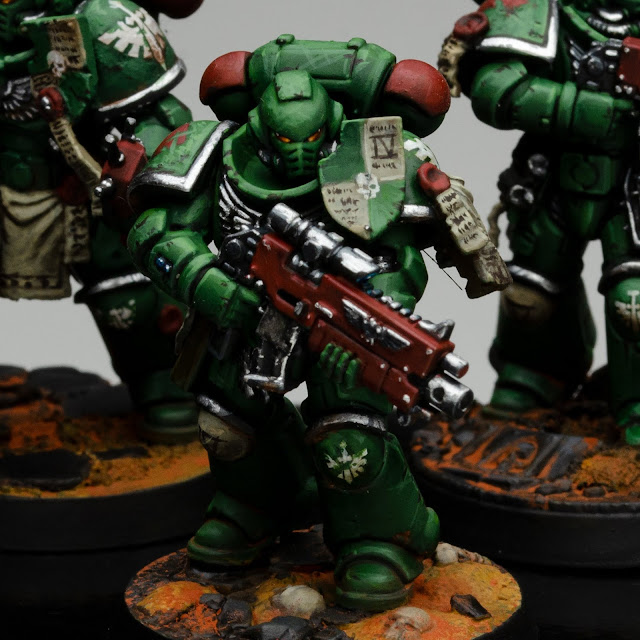 It is really interesting to paint a unit/team again. It is interesting how my motivational curve behaves … during painting them it felt like a pain in the crack, but when finished I was proud … 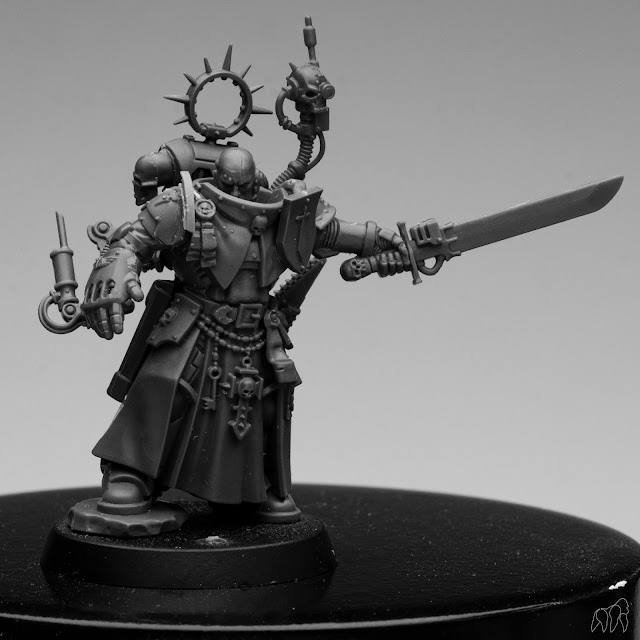 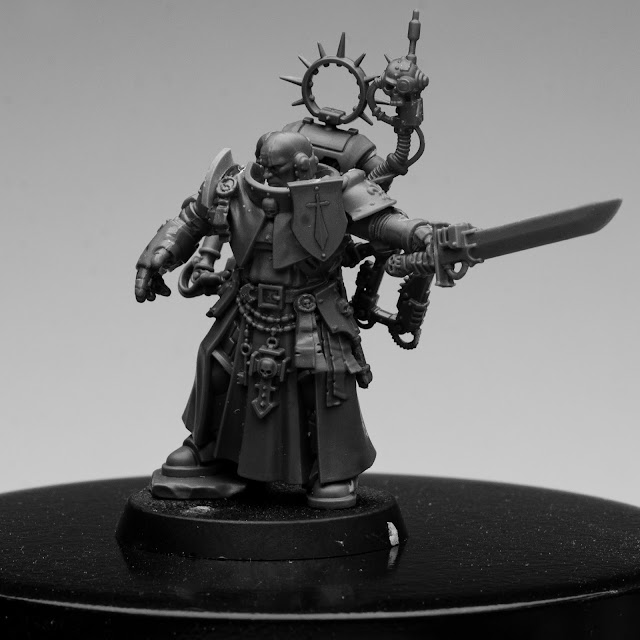 Hope you like them so far!
Keep on happy painting!
Roman

Read more about our #killteam2020s, next week! 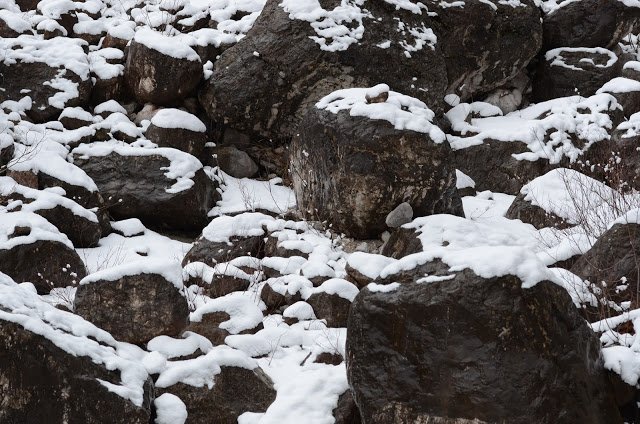 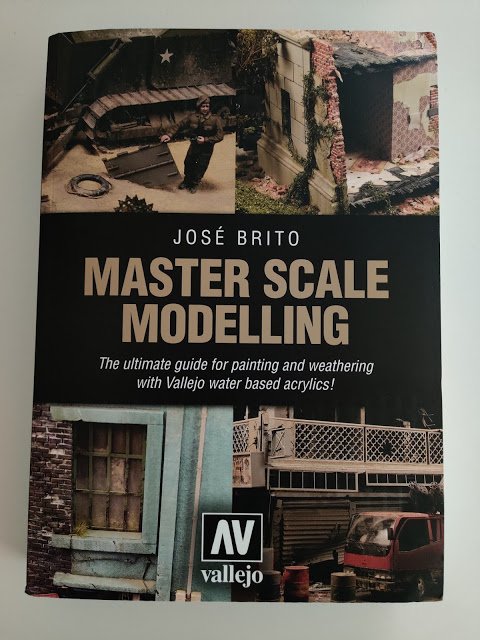 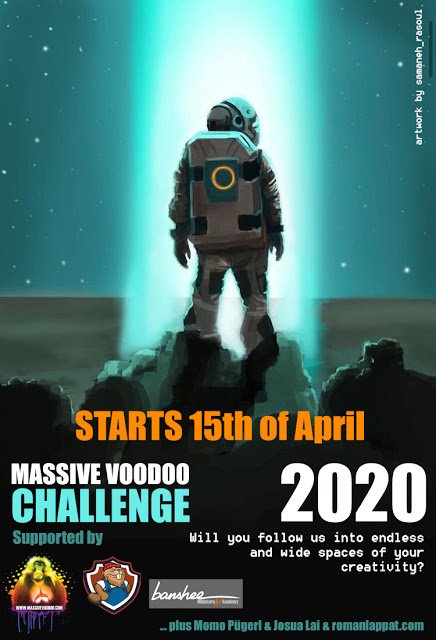 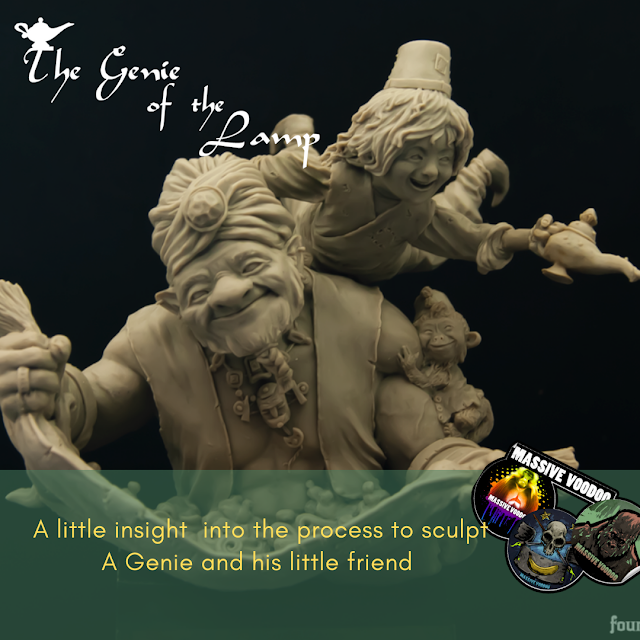 SBS Sculpting: The Genie of The Lamp 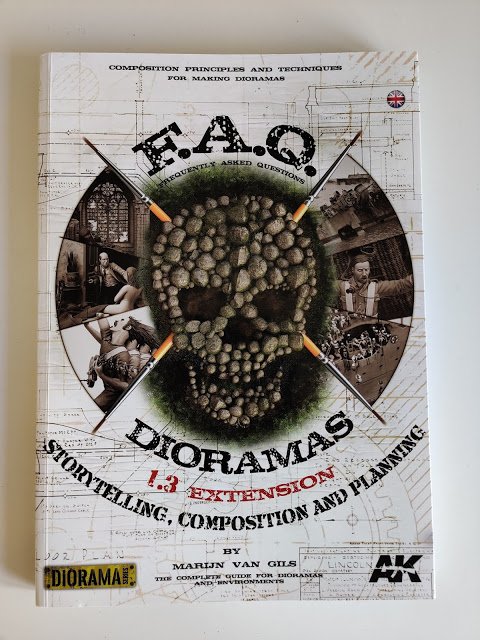