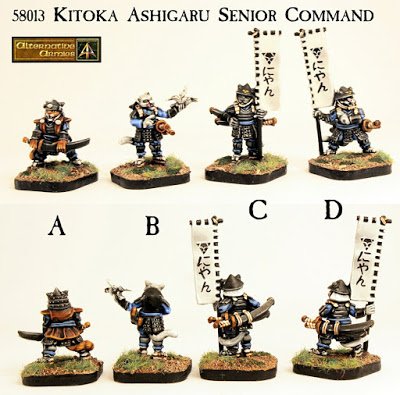 Posted on November 27, 2019 by Alternative Armies Leave a comment 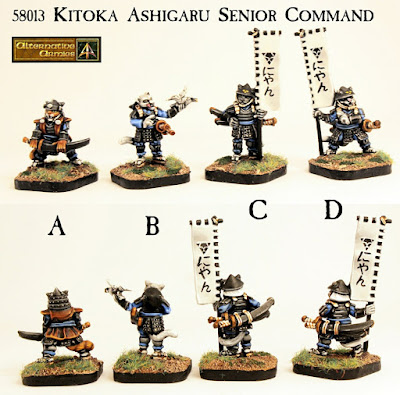 The 28mm Catman range at Alternative Armies expands by another new pack this month.  You can see the whole range and learn more by going
58013 Kitoka Ashigaru Senior Command
This pack contains four different 28mm scale metal Kitoka Catmen miniatures of an average height of 23mm. The Ashigaru are the foot soldiers of the warlords of Kitton and are armoured. This is the senior command to lead your Ashigaru. Three are supplied with a separate sword bundle. They are leaders for your forces. The poses are: (A) Kitoka Commander drawing Katana. (B) Kitoka Messenger with Bird..looking longingly at it. (C) Kitoka with Banner hand on hip. (D) Kitoka with Banner making hand signal. These miniatures are supplied with bases and are supplied unpainted. Choose from a pack and single miniatures. 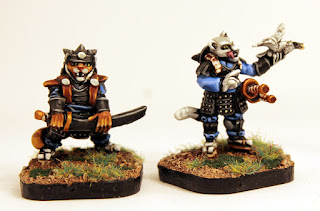 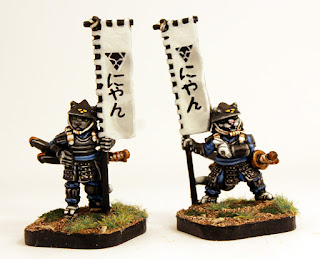 Click on the images above to see the four poses in the new pack much larger.  There are now twenty Catmen in the range! 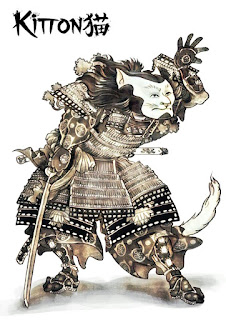 Alternative Armies is currently working on its plans for next year.  The first year in the new roaring twenties!  Alongside Flintloque, High Fantasy and other projects and titles there is provisional news on Kitton for you.  We will be continuing our promise to release at least one new code into the range each month.  We are going to continue to fill out the military poses of the Samurai and the Ashigaru building towards skirmish section sized forces.  The islands of Kitton will see the first packs of civilians and specialised poses following up on the Ronin which will include female Kitoka.  It is planned to introduce some of the Yokai and creatures to this more Magicke land as well.  Lastly once the range reaches a sufficient size I will be penning a Kitton version of Flintloque the Skirmish which will likely be along the lines of 5024 Escape the Dark Czar meaning a beginning place for the game.  We have been so pleased with the response to this new land that we are sticking full with it.  If you have a question or want to suggest something for Kitton please do so by email to sales@alternative-armies.com and I will come back to you.
A special treat for you now as an end to this article.  There were a series of lovely photos taken over the last couple of months and only two of these have been seen so far.  So here they all are now.  If you view these on our blog you can click on each to make them much large.  All of the miniatures are in the KITTON RANGE. 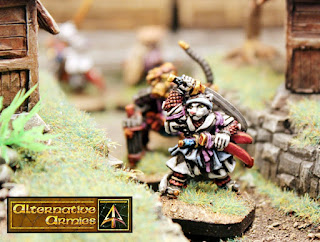 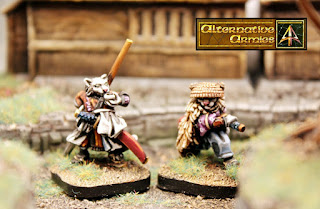 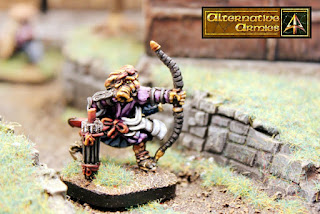 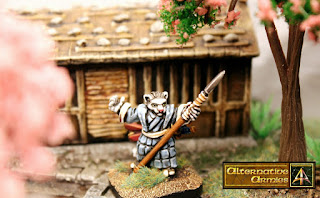 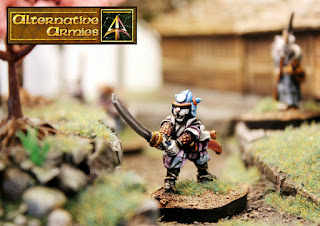 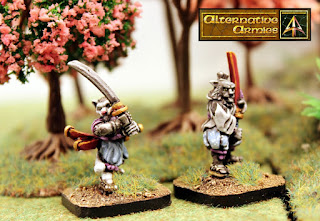 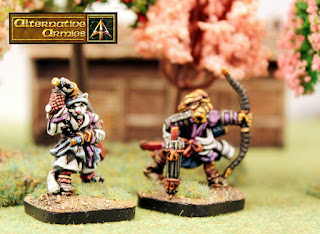 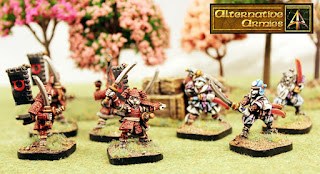 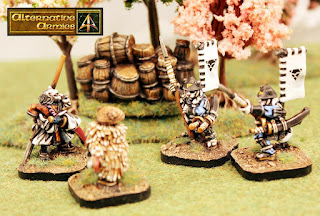 Thanks for Reading,
GBS