Notice: The called constructor method for WP_Widget in heatmapthemead_social_icons_widget is deprecated since version 4.3.0! Use instead. in /home/miniaturegaming/public_html/wp-includes/functions.php on line 4716
 Ki-Shu Oriental Dragon good for all scales now on the website! | Miniature Gaming Guide 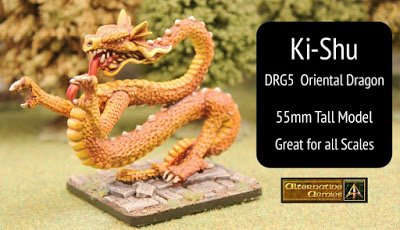 Posted on February 7, 2020 by Alternative Armies Leave a comment 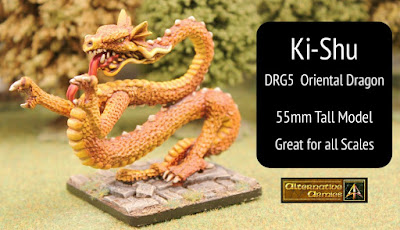 A model much requested and now newly molded again for this new age.  Out of production for some two decades it is our pleasure to present once more Ki-Shu the Oriental Dragon!  See it in our Monsters collection
This is a model which is suitable for tabletop gaming in several scales.  It looks grand in shades of orange! 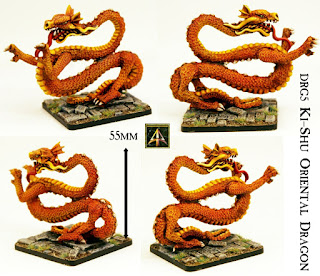 DSG5 Ki-Shu Oriental Dragon
Creatures of guardianship and friendship as much as destruction the oriental dragon is a potent symbol and a great model to use in your games. This monster comes in three parts (body, left arm and right arm) made of metal and is easy to assemble.  It stands 55mm tall.  Suitable for use in 15mm and 28mm scale and it is supplied unpainted and unassembled without a base (shown on a 50mm square base).  Sculpted by Steve Trickett in the early 1990’s and now re-mastered. Go HERE. 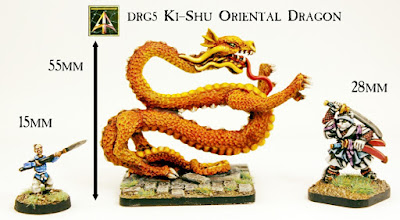 You can put this dragon in to any game system of your choice.  Here is a photo of Ki-Shu next to a 15mm scale Sengoku miniature and a 28mm scale Kitton miniature both in the style of Japanese fantasy. 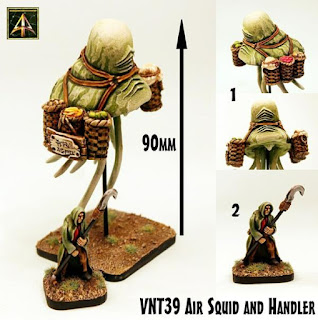 We have a great many monsters and creatures in 28mm scale at Alternative Armies such as a Giant Troll, Giant and Lesser Spiders as well a Tree Demon plus Big Mouth Beast and Sandworms.  A Giant Hydra and the Air Squid too.  Have a browse HERE. 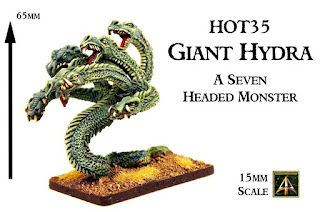 There be monsters and creatures in 15mm scale too. See the HOT Range HERE.
Thanks for Reading,
GBS