Notice: The called constructor method for WP_Widget in heatmapthemead_social_icons_widget is deprecated since version 4.3.0! Use instead. in /home/miniaturegaming/public_html/wp-includes/functions.php on line 4716
 Kartel Looted Pratley new 6mm by Bradley Miniatures | Miniature Gaming Guide 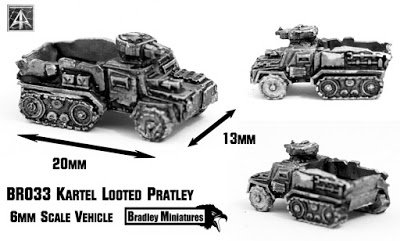 Posted on February 12, 2020 by Alternative Armies Leave a comment 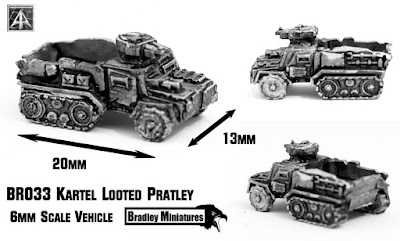 Now on the Bradley Miniatures 6mm science fiction range page at Alternative Armies the brand new BR033 Kartel Looted Pratley!  Go
BR033 Kartel Looted Pratley
Half tracked armoured vehicle used by many factions and also often looted by the dreaded Kartel.  A 6mm scale metal vehicle kit which comes in a pack of four or can be selected as a single vehicle too.  Each vehicle is composed of a hull with a separate turret.  Easy to assemble and 20mm long and 13mm wide.  Supplied unassembled.. 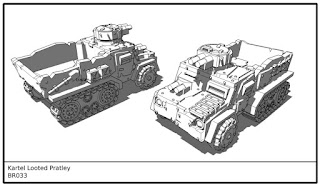 Here is the render upon which the final highly detailed metal model was based.
No matter which game system you play in 6mm you will find something of interest in the Bradley Miniatures range.  Here is the current list of codes each of which comes as a single model or in a pack from which you can select a single if you wish to tailor your army to exact numbers.  Go HERE. 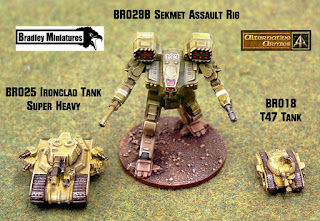 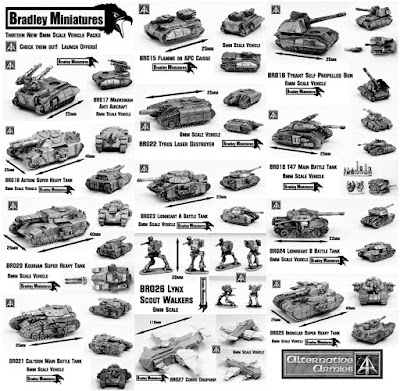