Welcome to the latest in our series of rules blogs for Armada – the game of epic naval warfare. We’re just over a month away from release and we can’t wait to hit the high seas. In today’s blog, we’re explaining how shooting works.

Ships in the world of Pannithor can carry a bewildering array of cunning, brutal and magical weaponry. For simplicity, Armada uses four categories of weapons: Heavy Weapons (H), Light Weapons (L), Close Quarter Weapons (C) and Indirect Weapons (IDW). The game comes with different coloured D10 so you can roll for each weapon at the same time, without getting confused.

Each of the different types of weapons has a maximum range, which you’ll need to watch out for when moving. Indirect Weapons can be fired up to 22”, Heavy Weapons have a distance of 20”, Light Weapons are capable firing up to 14” and Close Quarter Weapons only fire 8”. Potentially this means you can weaken an enemy with a Heavy Weapon before moving in for the kill with your Close Quarter Weapons.

You have the opportunity to shoot your various weapons at the end of each Move Step – take a look at the movement blog for a reminder on Move Steps. This means that if you’re travelling at Battle Speed, for example, you could move, shoot, move and then shoot again.

You can shoot from up to four different Weapon Positions: left and right broadsides directly to each side, and directly in front or to the rear. Typically, you choose what weapon position you’re shooting from and each weapon position can only fire once per turn. The most devastating attacks tend to be from the left or right broadsides, so skilful movement of your ship is key to make sure you’re in the correct position.

When you’re in position, your ship card will tell you how many of each type of gun you’ve got in a particular position. For example, if you want to fire from the broadside of a Basilean Elohi, you’ve got two Heavy Weapons, one Light Weapon and one Close Quarter Weapon. First, you’ll need to measure the distance to see what guns are in range.

An Orc Hammerfist is nine inches away, which means you can fire with the Heavy Weapons and the Light Weapon, but the Close Quarter Weapon is out of range. Now you pick up two blue D10s for the Heavy Weapon and one red D10 and roll to hit.

Each die that scores a 6 or more counts as a hit, while a natural 10 counts as a Critical Hit. Of course, just like any wargame there are a number of modifiers that can affect the roll. For example, if you’re within three inches of the target, you’ll get a +2 modifier for close range, whereas firing from further than 10 inches (unless it’s an Indirect Weapon) will suffer a -1 modifier.

Once you’ve rolled to hit, it’s time to see what damage has been caused. Each type of weapon causes the following damage:

For each natural 10 rolled, you then get to roll on the Critical Hit Table, instead of just causing normal damage. The Critical Hit Table has the capability of setting a ship on fire or even reducing the enemy’s speed. As a result, rolling a 10 can be devastating for your opponent.

FIRE AS SHE BEARS

If you realise your ship’s movement will take it out of range of the target, you also have the option to ‘Fire as She Bears’. This represents the ship’s crew taking opportunistic pot shots as they sail past the enemy. At any point during your Move Step, you can elect to Fire as She Bears and roll to hit and damage, as normal. Shooting and moving at the same time isn’t easy though, so the attack suffers a -2 modifier.

However, it’s not just the active player that can elect to Fire as She Bears. Your opponent can choose to have a shot as you gleefully sail past. If your ship ends a Move Step within range of an unactivated enemy ship’s broadside, they can Fire as She Bears – once you’ve finished any of your shooting. This suffers the same modifiers and means the opponent can’t fire from that position later in the turn. So, it’s a potentially risky move!

Of course, shooting is only one of the ways to cripple your enemy and in our next blog, we’ll be talking about potentially lethal Boarding Actions.

ARMADA IS AVAILABLE TO PRE-ORDER FROM YOUR LOCAL GAME STORE AND THE MANTIC WEBSITE. IT’S DUE FOR RELEASE ON NOVEMBER 21ST.

The post How to play Armada: Shooting! appeared first on Mantic Games. 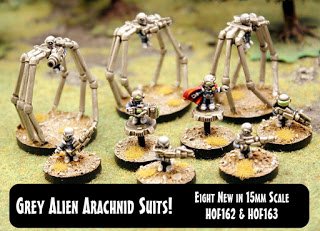