How to play Armada: Building your Fleet 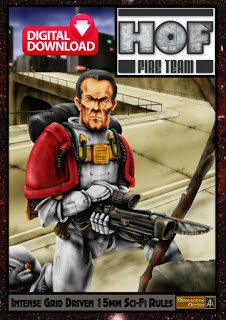 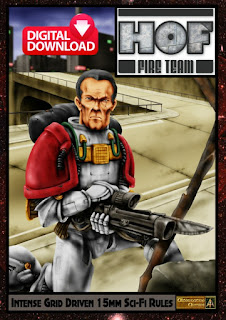 Back in 2012 myself and Bob Minadeo published a wee rules set for 15mm scale grid based skirmishing with neat mechanics and generic setting (though it came with three settings included).  Recently Alternative Armies has had a fair bit of interest in the game which is long out of print but is a paid for digital download (at 20% less than print price and including all the terrain tile sets for free now) and for the free files made for HOF Fire Team.  Go

HOF Fire-Team is a dynamic tactical grid 15mm game with a setting from ultra modern to the far future. Fire Team pits squads of soldiers, guerrillas, police, and thieves or just about anyone else with a grudge against one another. Use miniatures on single bases add any new ones of your choice as it is generic. Players command a number of Teams. These being Fire Teams, Support Teams, Command Teams and trusting to sound small unit tactics and the luck of the dice they attempt to carry out their mission objectives.

Using the ‘tech level’ generic aspect of the rules you can field any miniatures you want.  Create any setting you wish.  Three settings are included. The Ion Age – Prydia Aflame (Muster and Retained fight in a bitter civil war for the future of the Prydian Precinct while the shadow of the Khanate ever looms), The Pan Galactic Empire (A vastness of human and alien life in constant struggle in a galaxy that is rich with resources, planets and conflict) and Argo Cities of the Teeming Future (The Earth teems with seething billions all housed in cities hundred of kilometres wide.  The law is harsh and mutants and cyborgs walk among us. Keep the Peace…if you can).  See the HOF Range for suitable figures. 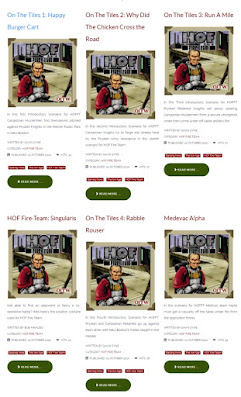 CLICK HERE to download a zip file of free additional PDF’s for the game including advanced rules and a scenario. Craig over at ORCS IN THE WEBBE has put all of the former Barking Irons magazine scenarios, solo play rules and more for HOF FT up to read. Released in 2012 there are independent articles and reviews online for this game HERE for Rob Alderman’s video review on Youtube and HERE for Dropship Horizon Blog and its interview about the game.  Note when released this game was from 15mmcouk which was and is a part of Alternative Armies.