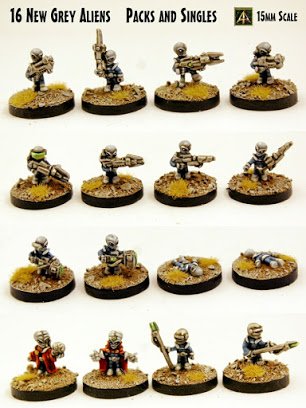 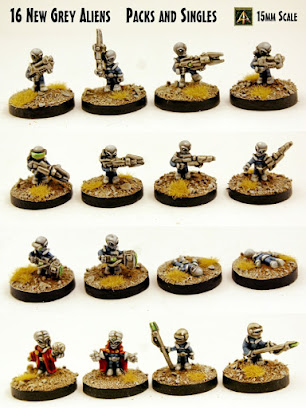 We are delighted to now double the size of the Grey Alien forces in the HOF Range with these brand new releases.  Going from the original three packs and a flying saucer we have sixteen new poses of soldiers, abductors and overlords for your games.  Our thanks to veteran wargamer Fred Richards for his contributions to the new Greys.  Go

Our Summer Campaign 2020 event is on now.  Read in detail on our BLOG with the event consisting of 15% off all orders during checkout, 20 new releases and free miniature in every package sent out. Ends 1st September 2020.

Grey Aliens are an enigmatic race of small, bulbous-headed, and highly intelligent aliens, the Greys are primarily scientists rather than soldiers, but sometimes come into conflict with other races when competing for resources, or when seeking to establish possession of a particular site for temporary and mysterious purposes. Their unauthorised experimental activities on live subjects who have usually been abducted can also provoke a hostile military response from races who have been subjected to such intrusions. Indeed, the Greys appear to regard the rest of the universe like their own enormous laboratory. More warlike races despise Grey reluctance to cause casualties, a sign of weakness, but the Greys have been reluctantly forced to train combat teams and actual soldiers as their ability to evade detection is declining. A Grey stands at approximately four feet in height and has light grey skin with black almond eyes and favours uniform suits of a silver and blue colour.

Each of the new packs can be had as a pack or as singles in any amount by choices on the page. Go HERE for the HOF Range. 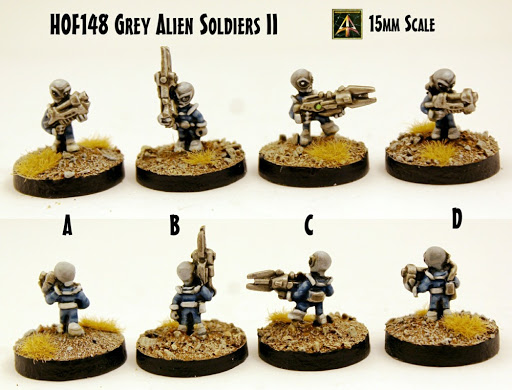 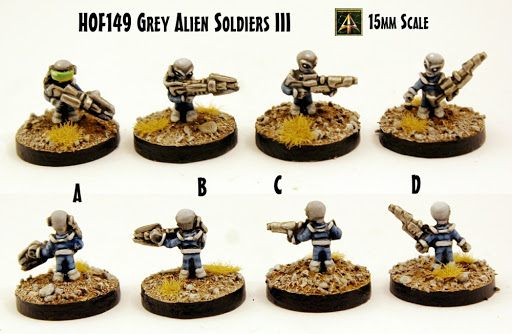 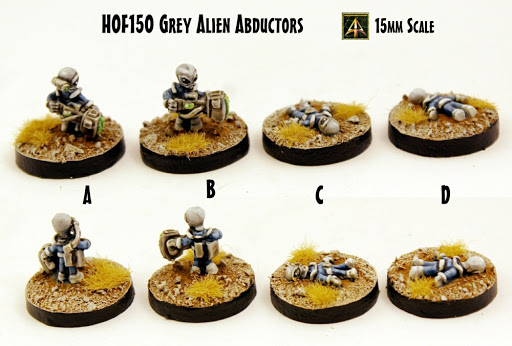 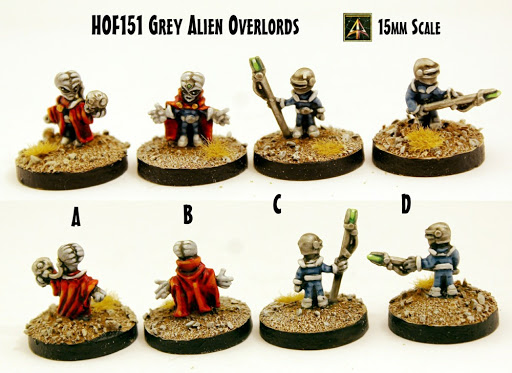 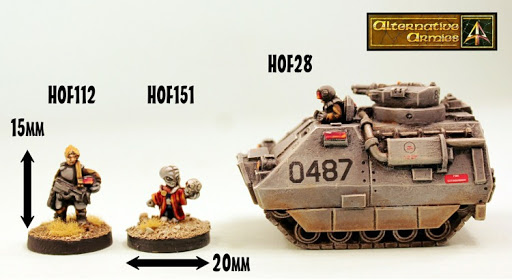 Here is a scale picture of a Grey Alien overlord next to a Human trooper of the SFA (Security Force Alpha) and a tracked Charger APC. These popular codes let you see how tall a Grey is and additionally all of the bases are 20mm round resin from our Bases range.

If you want to get started for skirmishing then check out the Landing Party! 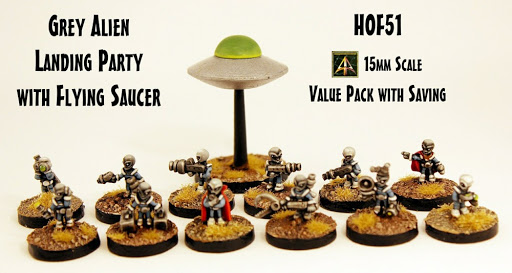 A saucer and one of each of the original twelve poses of our ‘Greys’ with a saving too.