To the Edge of the Earth 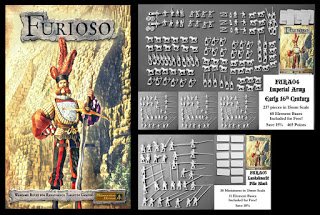 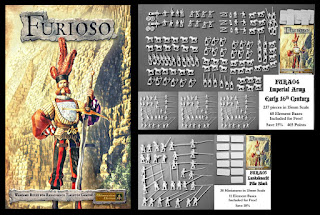 There is a brand new release coming for this range coming soon as well a free PDF with rules for Da Vinci himself in Furioso and the Handbushen Light Gun in the game system too.  Look out for news on these next week from us. Hold your orders until then or orders twice (getting this month’s free code twice in that case). 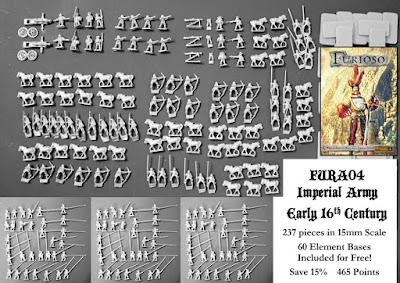 FURA04 Imperial Army – Early 16th Century: This pre-made army for use with Furioso contains all you need to field large four hundred and sixty five point army for the early 16th century. Use in the Italian Wars. Supplied with 237 pieces (part of which is three entire FURA05 Landsknecht Pike Blocks) in 15mm scale metal consisting of infantry, cavalry and artillery there is also an included army list for assembly. Also included are 60 Element Bases (40mm by 30mm and 40mm by 20mm) for the army for free!  All the miniatures are from the Altuos 15mm range.  Save 15% off regular price. 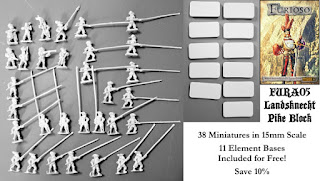 FURA05 Landsknecht Pike Block: This pre-made unit for Furioso contains all you need for an eleven element force of Landsknechts which can be part of an Imperial Army or Italian, French or even the Black Legion.  Supplied with 38 miniatures in 15mm scale metal with pike, sword, arquebus and command poses. Also included are 11 Element Bases (40mm by 20mm) for the army for free!  All the miniatures are from the Altuos 15mm range.  Save 10% off regular price. 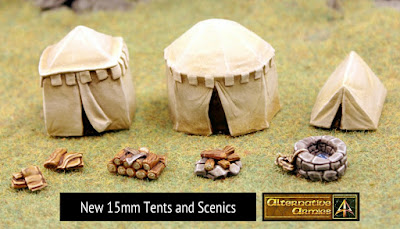 There are well over two hundred poses in the Altuos 15mm range each can be had as a single miniature or small set.  As well as this we have a range of 15mm buildings and scenics such as tents, campfire and others which are all useful for your table.