Black Rose Wars: The Mages – Nero, a Guy with a Short Fuse 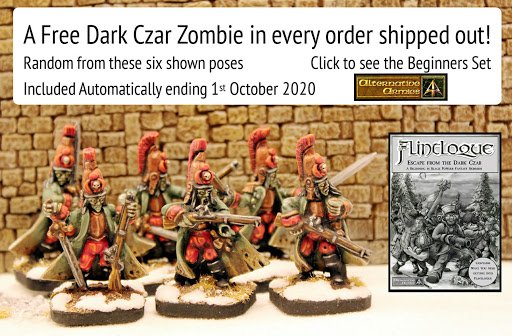 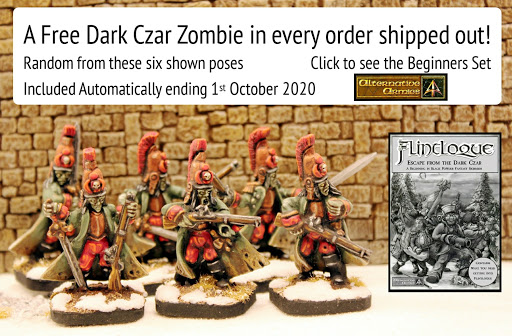 Welcome to September 2020! What a month we have just had with

The bitter retreat from Moskova is where you begin your adventure. Take command of General de Brigade Hugo Saindoux and his three fellow survivors as they attempt to evade death and escape from the Witchlands. On their heels are a group of Savant Zombies, the finest Undead in the ranks of the Dark Czar, who are led by Captain Preserovitch. Their task is to capture the golden eagle standard carried by the young Elven drummer boy Ayers Quinte de Toux. Will the survivors outwit the living dead? In this set is a twenty page booklet containing the core rules of Flintloque the Skirmish which will get you playing as well as character profiles and three introductory scenarios as well as the story of the Witchlands campaign. Written by Gavin Syme (GBS). 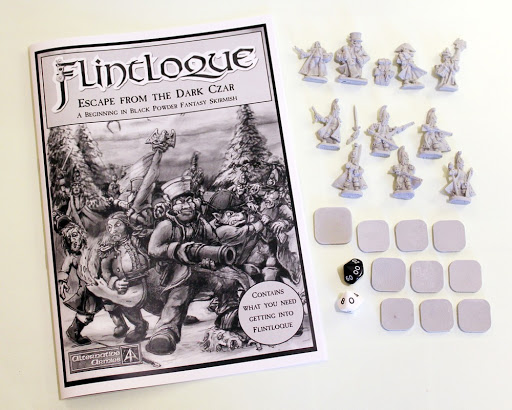 Ten high quality resin 28mm miniatures are in the set designed by Sam Croes. Four mortals (An Elf, young Elf, Dogman and Ogre) and six Savant Zombies. Ten bases for your miniatures and two percentile dice. All you need to get playing and to begin your adventures in Flintloque. 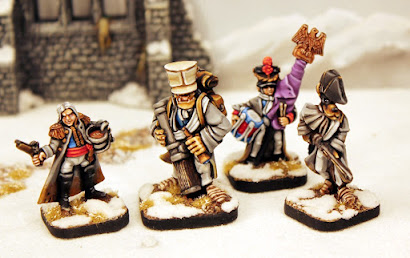 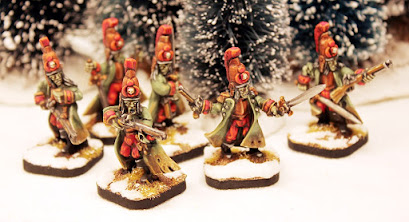 So this month you will get randomly chosen one of the six poses of Zombie in the beginners set added for free to your package (not digital orders sorry only those which ship out from Scotland).  Worth 2.50GBP and excellent to boost your skirmish forces especially if you decide to visit our page Begin in Flintloque which has free downloads and videos to watch as well. 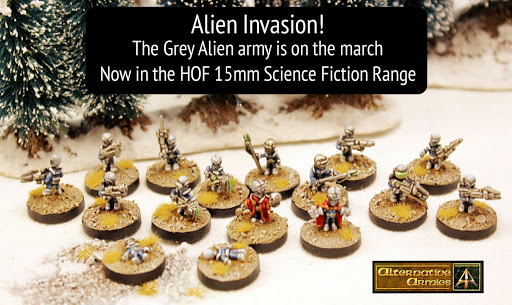 We will be having brand new miniatures as always and also some re-mastered classics as well.  These will include filling in some of the missing Harem poses in the Torture Chamber range before we get to the never seen before ‘new’ sets which complete the range.  The invasion of the Grey Aliens in the HOF range continues after the four new packs in August with two packs of ‘more mobile’ Greys.  A small release for Flintloque and Slaughterloo to add to the Todoroni..not meant to be cute but it really is!  New 15mm scale modern, post apocalyptic or science fiction scenics as well.  A customer request in the HOT 15mm Fantasy Range comes to life this month with a new cavalry pack.  The Orc Rock Band will have a new stage to perform upon and the missing Graviski Axe Zombie pack returns.  Articles will see two more Slaughterloo divisions detailed and Andy Jefcoate brings his latest Flintloque adventure.  Lots of fun to come!