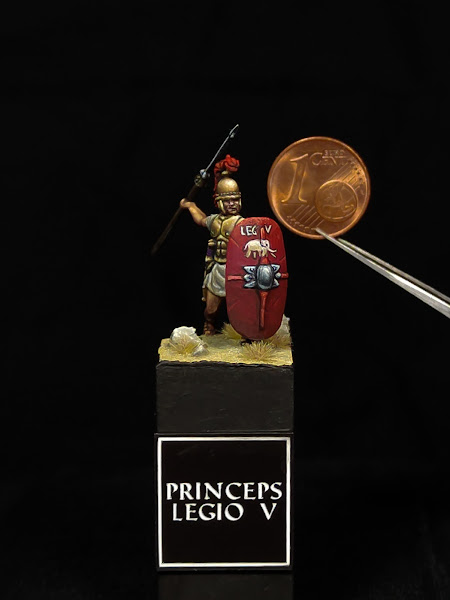 This mini comes from the Republican Roman Infantry set by Zvezda, which is probably my favorite set of 1/72 soft plastic minis. The scene portraits a princeps of the Republican Roman Legions throwing his heavy javelin, the pilum. In the 4th and 3rd century B.C., the principes were rich citizens who could afford heavy armor. Later, at the time of the Punic Wars (3rd and 2nd century), the principes were recruited from experienced soldiers “in the prime of their years”. Armed with two pila, sword and shield, they would form the second line of the legionary battle formation, behind the less experienced and younger hastati, and would come into action once the hastati were unable to hold the line.

I imagined this Roman legionary to be fighting in some engagement during the Second Punic War in a dry, hot environment, maybe at the Battle of Zama. I attempted to capture the heat and dusty atmosphere in the warmish colors – and, of course, the base. The inspiration for the shield art comes from an artist rendering of a later Roman legionary, so it likely is not really historical. But I liked it 😉 I learned a lot while painting this mini – it was the second time I tried my hand at NMM… 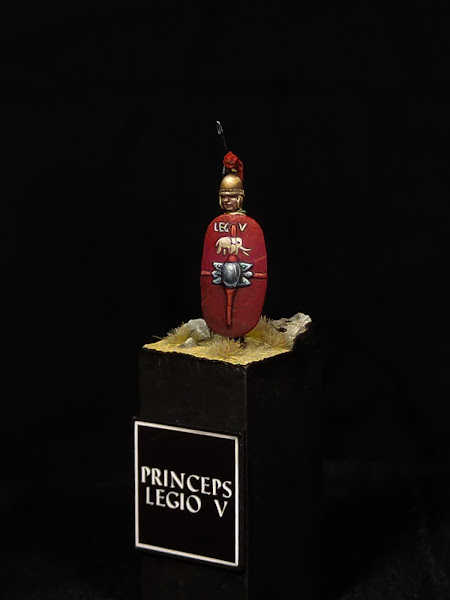 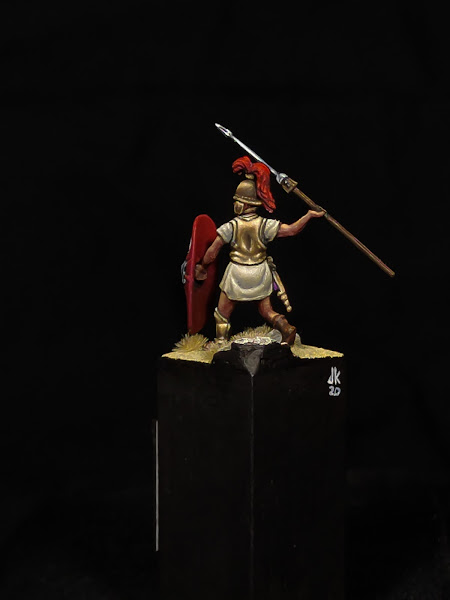 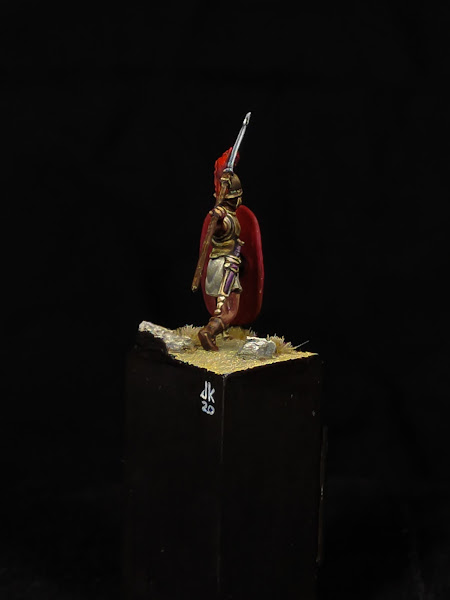 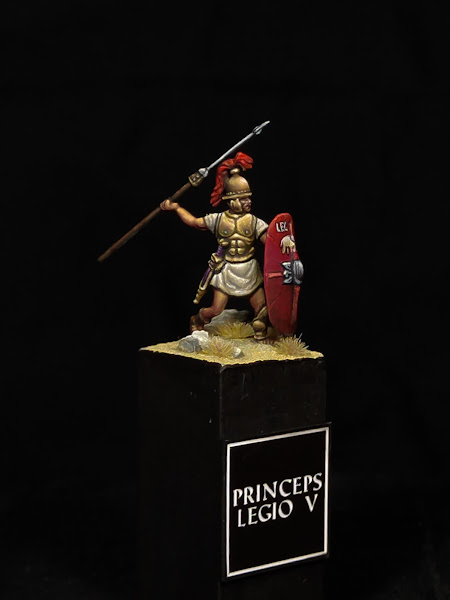 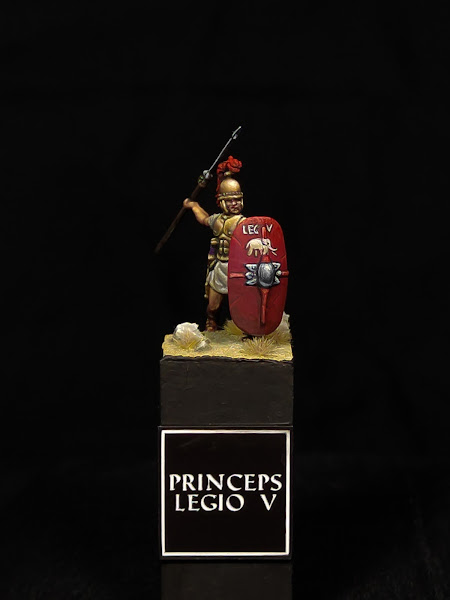 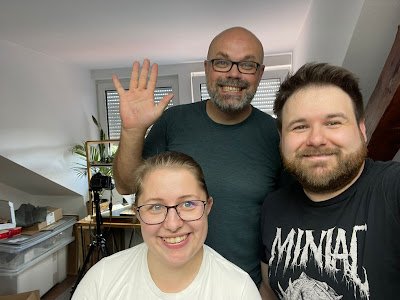