Posted on January 15, 2020 by MGG Official Leave a comment 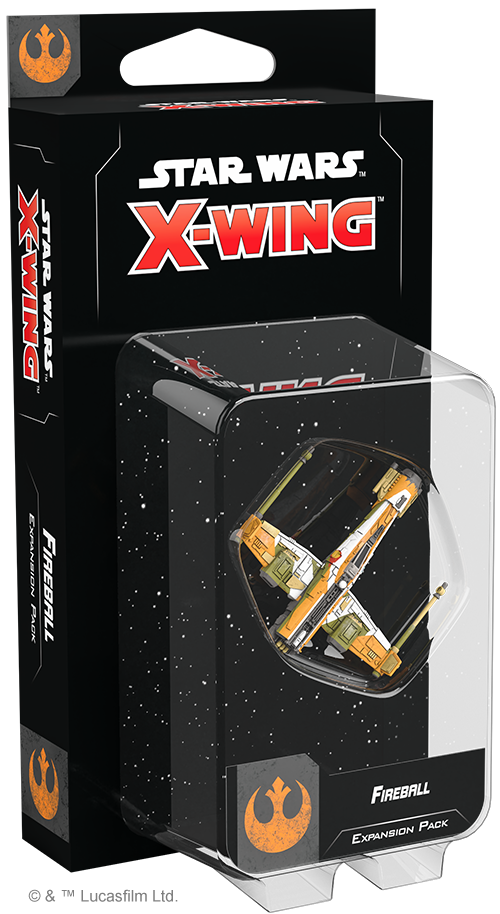 Some starship pilots make a name for themselves in the heat of battle, showcasing their skills as they shoot down enemy fighters. Others take a different path entirely, beginning their careers as racers, working around the clock to keep their cobbled-together ships in the sky long enough to cross the finish line.

Pre-order your own copy of the Fireball Expansion Pack at your local retailer or online through our website with free shipping in the continental U.S. today!

Whatever route they take, these pilots need nerves of steel if they’re to find success. A rare few —such as Kazuda Xiono—live in both worlds, building a reputation as both a racer and a starfighter pilot. Soon, you can help Xiono on this journey to become the best pilot in the galaxy with the Fireball Expansion Pack for Star Wars™: X-Wing!

This expansion features a beautifully detailed, pre-painted Fireball miniature that can bring its incredible speed to your Resistance squadrons. In addition to this miniature, you’ll also find four ship cards representing the brave pilots willing to fly this explosion with wings. Finally, seven upgrade cards invite you to add your own improvements to the ship while two Quick Build cards offer useful pre-defined combinations of pilots and upgrades to get your ship into the battle.

Join us today as we take a closer look at what you’ll find in the Fireball Expansion Pack! 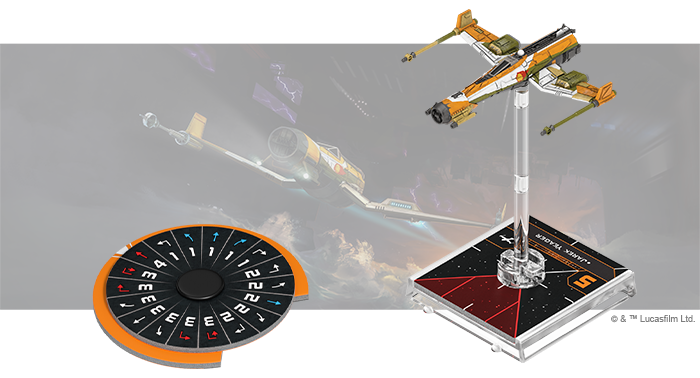 An Explosion With Wings

Designed for racing rather than combat, the Fireball immediately sets itself apart from the other ships you’ll find in a typical X-Wing squadron. While it is armed with wingtip-mounted laser cannons and missile launchers, these weapons are secondary to the features that give this ship the speed and maneuverability it needs to win races. When they find themselves in a space battle, then, Fireball pilots rely on the breakneck speed and tight turning granted by the SLAM action to give them an advantage against enemy fighters.

But harnessing such incredible speed comes with its own risks. The Fireball is an old ship with a reputation for bursting into flames or exploding at the worst times and this affects how you fly from the very beginning of a game of X-Wing. No matter who’s in the cockpit, the Fireball is dealt a facedown damage card during setup, and while this may seem like a serious disadvantage, the Fireball can quickly turn it into a strength. Its pilot can choose to expose a damage card after taking the SLAM action to remove the disarm token that comes with this action, keeping its weapons systems online for an attack. 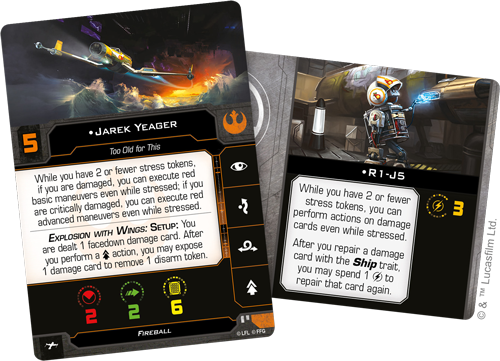 This ability makes the Fireball a threat to nearly every ship in play, but it also requires pilots who can handle its blazing speed while also managing the many problems that arise. A veteran of the Galactic Civil War as well as an experienced racer,

is no stranger to high pressure situations. He exhibits grace under pressure while at the controls of the Fireball, continuing to pull off challenging red maneuvers while he has two or fewer stress tokens. He can do this even better with the assistance of his trusty bucket of bolts

who can quickly repair any major issues that pop up with the Fireball while Yeager is pushing the ship to its limits.

Yeager is certainly a highly skilled pilot, but that doesn’t mean R1-J5 has to back him up forever. He can also take control of the ship

using his mechanical expertise to look at and choose which facedown damage card to expose at crucial moments. This can be especially useful when using the Fireball’s built-in Explosion with Wings ability, but it can also help him deal with the unpredictable outcomes from using

to rocket himself forward.

Unlike Yeager or Bucket, other Fireball pilots are less accustomed to the challenges that come with flying a racer. Trained as a starfighter pilot, it’s only natural that

would take a more combat-oriented approach. He starts with a significant advantage over all but the lowest initiative pilots, rolling an additional die while defending or performing a primary attack against other aces. This advantage slowly dissolves as the pressure mounts and the Fireball takes damage, but even then Xiono remains effective against top enemy fighters.

that gives him the chance to perform another action after he activates the ship’s SubLight Acceleration Motors. Alternatively, he can make up for some of the Fireball’s offensive shortcomings by outfitting it with a

that allows him to acquire locks and help his shots find their targets.

In addition to his skills as a pilot, Xiono is a novice mechanic who can put his own spin on the

With his help, you receive a Ship damage card of your choice while resolving Explosion with Wings. Not only does this help you avoid a devastating

later on, it can also give you more opportunities to activate it throughout a game. If you choose a

for example, you’ll always have a card to expose after it repairs itself. This comes at the cost of ionization, but you can also use this time to repair your other damage cards to keep their negative effects from multiplying.

With its powerful engines and unpredictable nature, the Fireball might be more at home on the race course than in battle. But any pilot with skill to tame it can bring down the galaxy’s deadliest aces.