EVERYTHING YOU NEED TO KNOW ABOUT ARMADA! 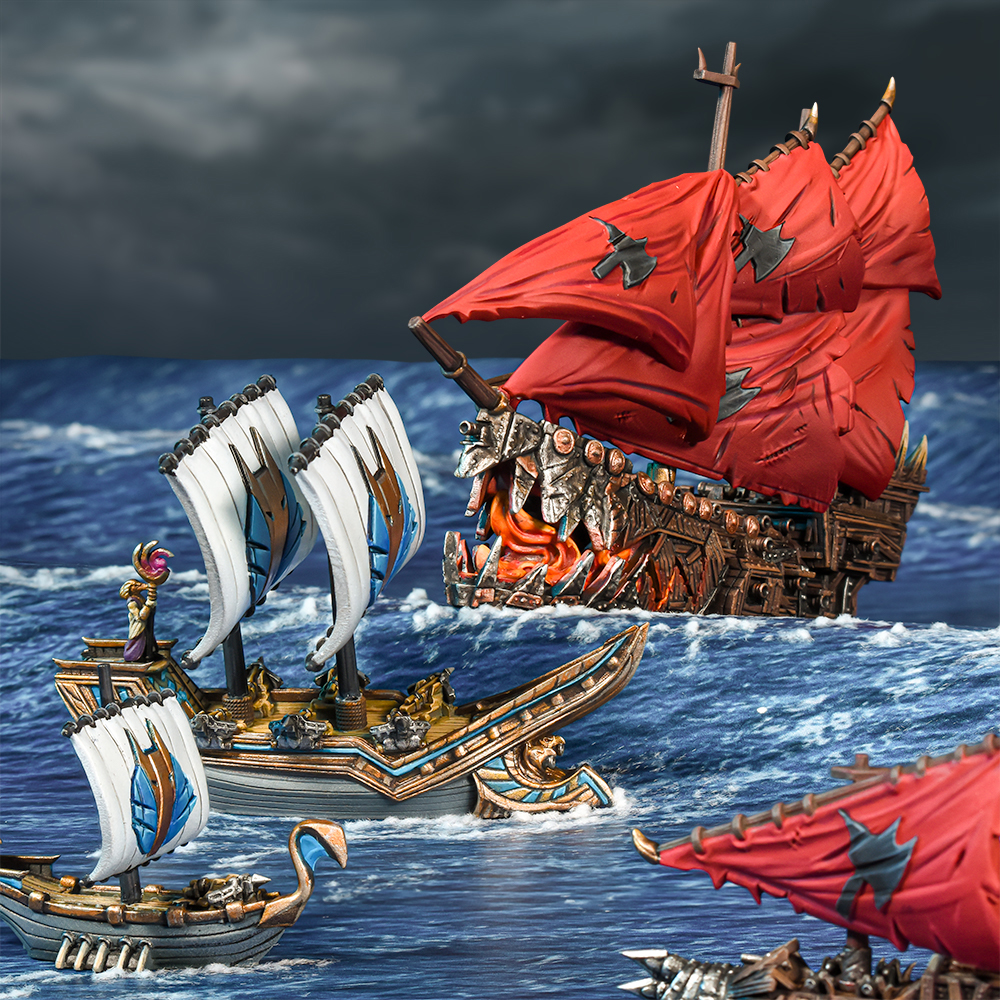 Welcome to our blog post detailing absolutely everything you could possibly want to know about our upcoming wargame: Armada. Ahead of launch later this month, we’ll be constantly updating this page with the latest information, videos, podcasts and more! Make sure you bookmark this page, so you don’t miss a thing.

Good question, imaginary blog reader. Armada is a miniatures-based naval wargame that recreates epic battles on the seas of Pannithor. It’s set in the same world as our hugely popular mass battle game, Kings of War.

It’s based on the Black Seas ruleset from Warlord Games but has been revised to make it feel more like a fantasy game and to ensure it fits with the style of other Mantic products.

WHAT’S THE BEST WAY TO GET INTO THE GAME?

The best way to start playing Armada is with the two-player starter set. This introductory set pits the courageous Basileans against the marauding orcs. It contains everything you need to get started including boats, ship cards, tokens, a full rulebook, dice and a gaming mat.

Although we’re currently out of stock on the Mantic website, make sure you check with your local gaming store about pre-ordering.

WHAT FACTIONS ARE AVAILABLE?

During the launch period there are four factions available and you can learn more about each one below.

Basilea is the greatest nation of men in Pannithor, and possesses arguably the best human navy. Their ships are certainly a sight to behold, with brilliant white sails and sculpted golden prows proclaiming their devotion to the Shining Ones. Learn more here.

The orcs could never be considered a seafaring race, but from the day they gazed out across the sea and saw two warring fleets ablaze as cannons roared, their greatest Krudger declared: ‘Yessssssss!’ And so began the orcs’ naval adventure. Learn more here.

It is only due to lack of numbers that the dwarfs are not renowned as a sea power, for their ships, known as ironclads, are amongst the strongest in the world – wrought with the meticulous precision of the Warsmiths, powered by steam, and bristling with the most accurate cannon on the high seas. Learn more here.

Raised from the depths by bale-eyed High Priests, the great war-barges of the Ahmunite Empire serve their unloving masters once more. Their hulls now built from the polished bones of the Mighty Dead, their crews silent, tireless, the warfleets of the Empire of Dust prepare to restore glory to Nehkesharr. Learn more here.

Ok, now you’ve chosen your fleet, it’s time to learn how to play. Thankfully we’ve got a whole host of rules videos over on our YouTube channel.

If you prefer to read about rules, we’ve started a series of blogs detailing different gameplay elements.

We’ll be adding more blogs, so make sure you keep checking the Mantic Blog for more info!

In preparation for the launch we’re working with a number of different content creators for gameplay videos, reviews and more!

Keep checking back for more!

The post EVERYTHING YOU NEED TO KNOW ABOUT ARMADA! appeared first on Mantic Games.