Notice: The called constructor method for WP_Widget in heatmapthemead_social_icons_widget is deprecated since version 4.3.0! Use instead. in /home/miniaturegaming/public_html/wp-includes/functions.php on line 4716
 Death in the Snow book and starter pack coming back into stock and offer | Miniature Gaming Guide 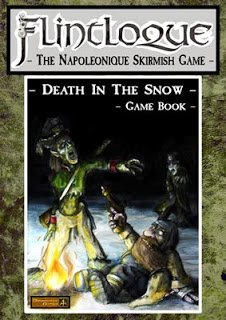 Posted on January 28, 2020 by Alternative Armies Leave a comment 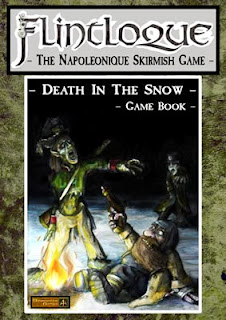 The Elven Emperor Mordred seeks an even greater source of power and having assembled the greatest army which Valon has even known he invades the mysterious Witchlands.  But the Elves and their allies uncover a legion of frozen horrors when they are overwhelmed by the Dark Czar’s endless battalions of the Undead. Assailed by Zombies, Skeletons, Wraiths, Ghouls and even Vampyres they fight their way clear into the tundra.  So begins the hellish retreat from Moskova…
Oh frabjous day!  A week ago the current print run of 5026 Death in the Snow game book for Flintloque third edition sold out.  A new print run has been ordered and it will be here with us in a week or so.  This makes Death in the Snow the most printed title of the four books for the greatest Napoleonique skirmish tabletop game in the world. 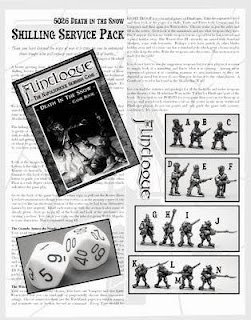 In celebration we are offering a pre-order on the book, the shilling starter set and the digital download (to be totally fair!) with 20% off the regular price of all three until the print run arrives.  This offer will run until Monday 10th February 9am GMT to give everyone fair time and we will ship out orders soon as the print run comes in.  Go HERE for the book, go HERE for the book with miniatures and intro scenarios and go HERE for the download version (which is already 20% less than print).  Enjoy!
GBS