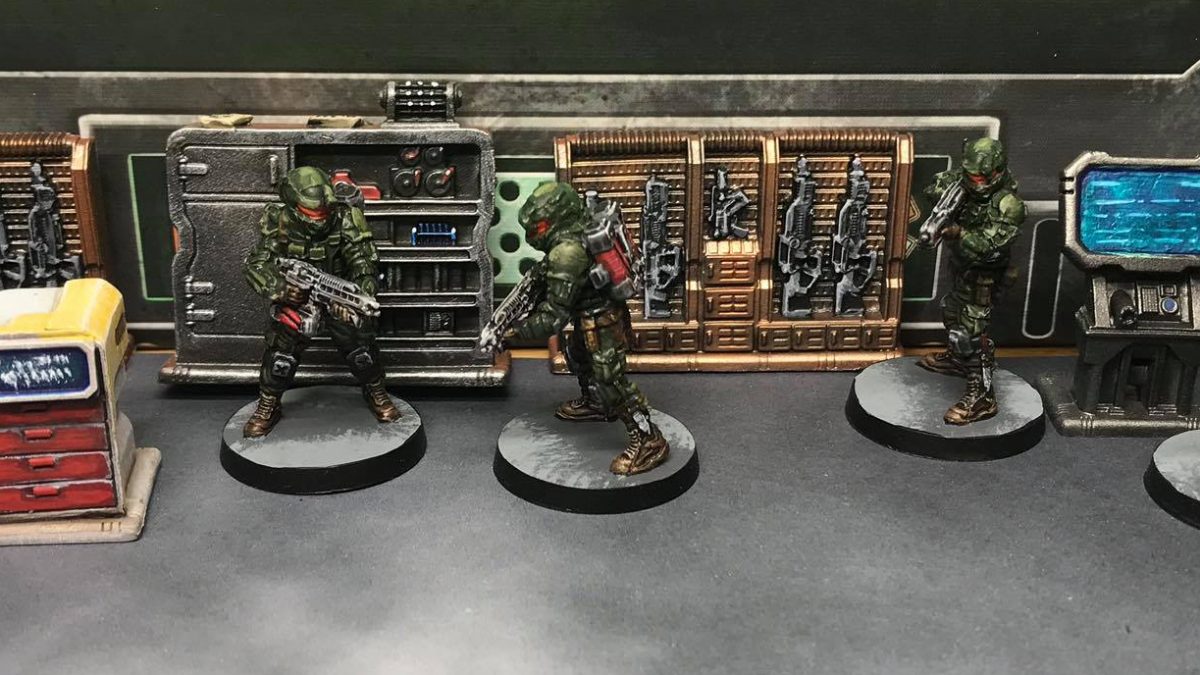 It’s that time of the week folks! That’s right, we’re back with another hotly anticipated Community Round-up. Each week we scour the social medias for stuff that’s caught our eye throughout the week. This normally involves us seeing something on a Sunday, thinking “oh, we must remember to use that in the Community Round-up” and then forgetting where we saw it.

Nevertheless, we continue undaunted into the maze of social media to emerge with a plethora of treasures to dazzle and delight. Remember, don’t get sad if your project doesn’t appear here. It’s probably because we saw it and then forgot to save it.

We mentioned Marco Lai’s excellent Star Saga minis last week. Well, he’s been making plenty of progress with the rest of the minis and the scenery. Nice job Marco. There are plenty more pictures of his work over on the Blackjack Legacy Group.

Also on the sci-fi theme, just take a look at this absolutely superb Judge Dredd-inspired Alpha Simian by John Jack. “I am the law… so give me those bananas!”

Normally the poor old Refbot in DreadBall is the last thing you paint. And by that point, you’ve painted so many teams and other stuff, you basically splash it in silver and give it a black wash. Not for Antti Jäppinen‎! This is one of the greatest Refbots we’ve seen.

Moving away from sci-fi now and onto fantasy. And prepare to pick up your jaw from the floor after seeing this excellent Salamander by Chris Walsh. Chris is normally the King of Green Stuff, so it’s fun to see a model without three heads, a tentacle for a tail, multiple eyes and a doll’s head for a chest. Check out his Instagram for more inspiring (and slightly disturbing) stuff.

Meanwhile, Sean Ashby has done a very nice job on these Abyssal Dwarf Decimators using the new, super sexy hard plastic kit. Sean can regularly be seen chatting over on the Chilling Wargamers YouTube channel, so make sure you tune in for updates about his hobby projects.

Now for something a little different – it’s the special Kings of War: Third Edition diorama painted by Patrick Zoro Allen. The gruesome green glow of the Nightstalker is a really cool touch and shows how these awful creatures infect the word of Pannithor.

Finally from the community this week, we’ve got this excellent Greater Earth Elemental conversion to create the wonderful Free Dwarf heroes: Banick and Craggoth. Bob Nelson has done an excellent job adding the mechanical parts to keep poor Craggoth alive.

As a bonus for Banick and Craggoth fans, we’re happy to report they’ll both be returning to the story in the upcoming Halpi’s Rift supplement. Here’s a little extra from their story in the book:

King Golloch’s advisors had sent the pair to scout out rumours of giant rats on the border with Estacarr. They had been travelling for days but hadn’t even seen a rogue goblin, let alone any massive rats. Still, Banick wasn’t about to grumble. With the thick forest around him and the quiet trickle of a stream somewhere in the distance, this latest task from Golloch reminded him of his ranger days. Before his disgrace, of course.

“Come on then, you big lump of rocks,” said Banick to his friend and began to march off down the well-worn path. However, he stumbled slightly and only just managed to catch himself before tumbling over. Behind him, Craggoth let out a deep rumbling.

“Oh, you think it’s funny, do you? Why don’t you charge up your own bloody furnace next time?” Craggoth stopped and quickly scooped up Banick. Hollering abuse, Banick was unceremoniously plonked on Craggoth’s shoulder, before the Elemental carried on down the path.

Wonderful stuff! It’ll be nice to see how these two progress.

Elsewhere in Mantic land and we’ve got a few new finished projects from Mantic staff (about time).

Ricky – master of resin – has completed an undead warband for Vanguard. There are plenty of options here to make even the grumpiest necromancer happy. For the record, we’re not calling Ricky a grumpy necromancer.

Despite the fact Rob was meant to be painting new goblin Spitters, he ran out of primer. Instead he’s finished a second Mincer Mob in preparation for the big KoW battle against Ronnie. Hmm… should he go for a third?

And we finish this week with Kyle’s ridiculously good Shadowhulk. Yes, it has taken him ages but the finished result is totally worth it.

See you next week everyone! And remember to tag us on social media if you want to make sure we see your completed projects. 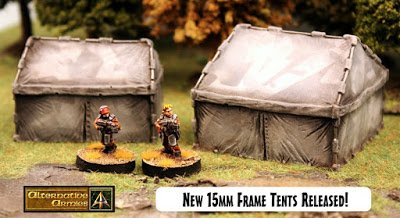