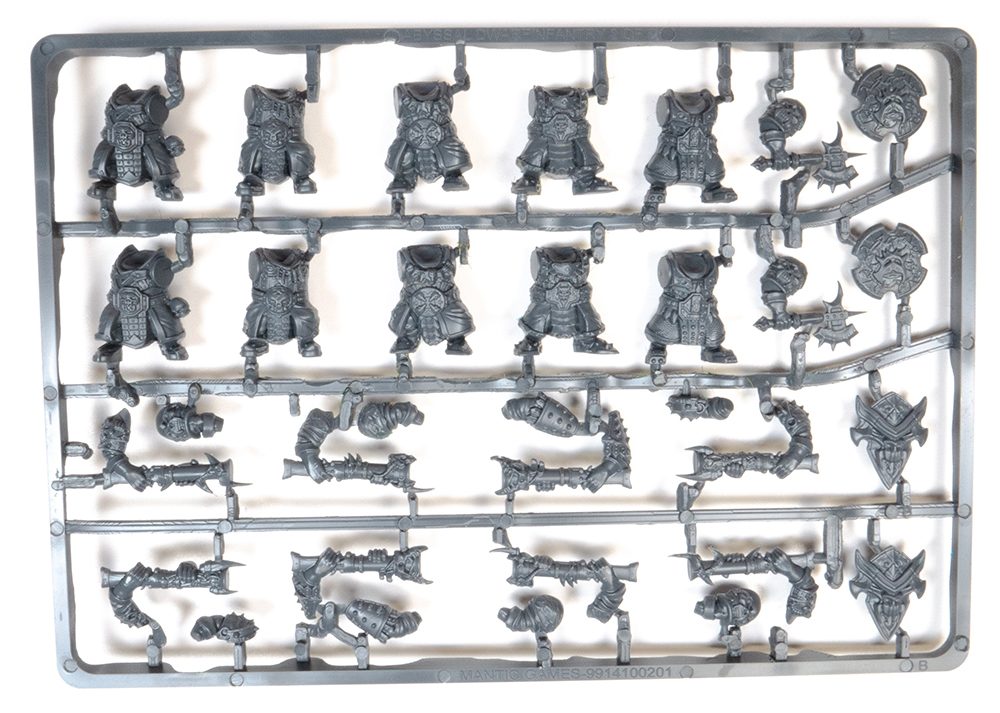 Posted on January 5, 2020 by MGG Official Leave a comment

After launching Vanguard back in 2018, the game has continued
to grow throughout 2019 and we now have nine(!) full warbands available. The
list is:

The tournament scene for Vanguard has also continued to grow
throughout the year, with two sold out events here at HQ and plenty of others dotted
around the world. If you’re quick, there’s even one taking place on January 11th!
Winter Vanguard is organised by our pals over at Weight of Fire and you can
check the details here.

However, we’re only just getting started on our Vanguard
journey. In 2020 we’ve got plenty of exciting stuff planned, including new
warbands, another Spearhead tournament and lots more. Read on to find out what’s
in store…

It all kicks off next month with the launch of the Abyssal
Dwarf warband… and there are a lot of very excited people about this. That’s mainly
because it heralds the launch of our brand-new naughty dwarf hard plastic
sprue, which you can see below. These minis have been turning heads in the
office and they’re definitely going to cause a stir on the tabletop.

The little chaps are joined by some mighty monsters too,
including the fantastic Charnox, Infernox and Hexcaster… the latter of which
have profiles in Kings of War.

But that’s not all because the Abyssal Dwarfs are joined by
the Ratkin Slave Reinforcement Pack. That’s right, for the first time ever
we’re officially releasing Ratkin miniatures. Hmm… wouldn’t it be nice if we did
something like these in hard plastic one day? Time to pray to the Ratkin god,
Cheesus. That’s a thing, right?!

Just like the other full warband releases, we’ve gone back
to the original Abyssal Dwarf list and included some tweaks and adjustments to
ensure they’re well balanced and fun to play. We’ll have a full preview closer
to launch but the big gameplay elements for the Abyssal Dwarfs are the way they
interact with slaves and Power! Stay tuned to the Mantic blog for more details!

In June we’re planning the release of the Ogre warband. This
will include some awesome new miniatures, like the Boomer Sergeant and (finally)
Ogre Siege Breakers. No pics at the moment, but we reckon these are going to be
very popular.

As if June wasn’t already exciting enough, we’re planning our THIRD Spearhead tournament. Both of the previous events have sold out and we expect this one to sell out too. We’ve got 28 tickets available and all attendees receive a £25 voucher to spend in the on-site Mantic store on the day. Head here to get your ticket before they sell out.

Ok, this is a big one. Following on from the launch of Kings of War: Third Edition we know that a lot of people are starting new armies and may have a few models spare. These extra models – along with the heroes for your KoW army – are perfect for starting your Vanguard warband.

So, to make the transition from Kings of War into Vanguard that much easier, we’ve updated the free warband lists on the website with ALL the current stats. The free PDF now includes all the updated stats from Ice & Iron, along with the stat entries for units that were previously only available as cards when purchasing the warbands. You can download the updated PDF here and don’t forget the core rules are still free to download too – perfect if you’re starting out!

This will make the barrier for entry into Vanguard that much
smaller and will also be easier for checking out the abilities of your
opponents’ warbands too.

As you can see, there’s plenty planned for Vanguard in 2020
and we’ll be back soon with an in-depth preview of the Abyssal Dwarfs.