A Shift in the Mythos 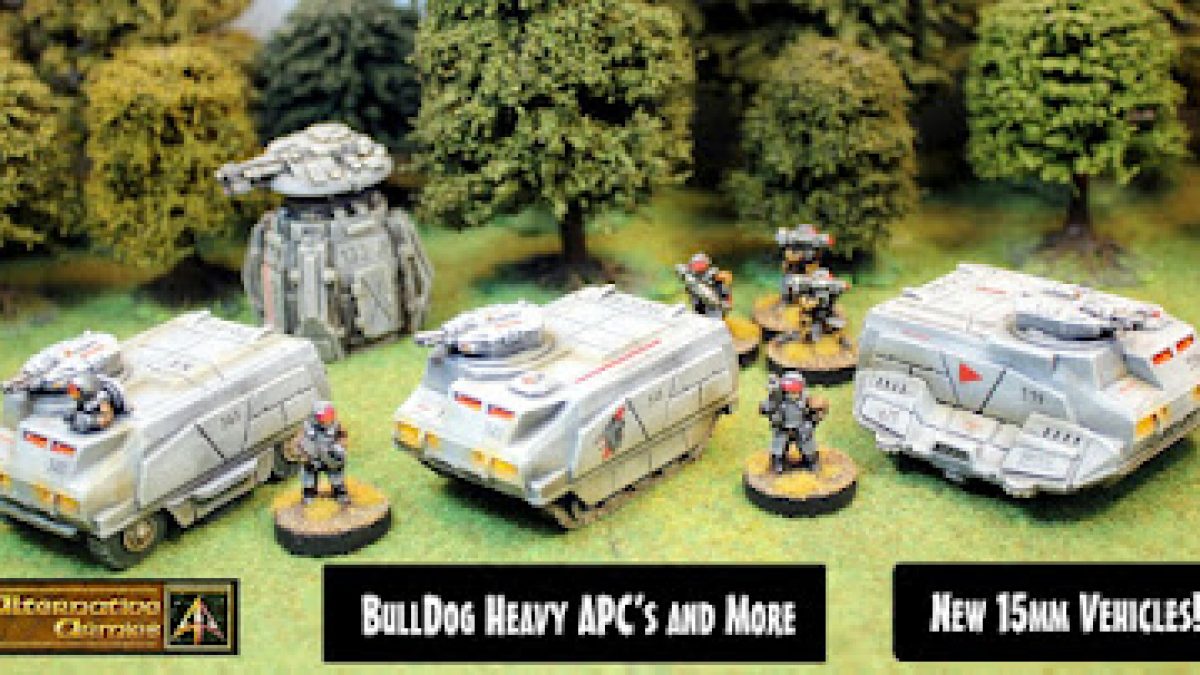 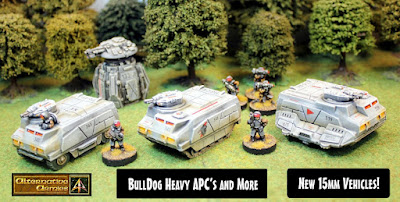 The Bulldog is a heavily armoured low profile transport for dangerous urban areas mainly used by the Security Force Alpha in the Human Colonies.  Its hull is reinforced beyond that of the Charger which gives better protection at the cost of speed.  It carries five to eight troopers (depending on turret choice) and comes in a wheeled, tracked and anti-gravity variant.

Each Bulldog is about 55mm long, 50mm wide and 25mm tall and the anti-gravity variant is a little bigger and comes with a resin float base. 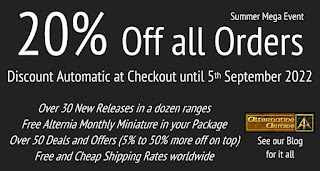 The Summer Mega Event 2022 is on which means that until 5th September you automatically get 20% off your order at checkout plus a free Alternia miniature worth 2.50GBP included free.  More than 30 new releases and many deals and offers too.  Full details on our BLOG. 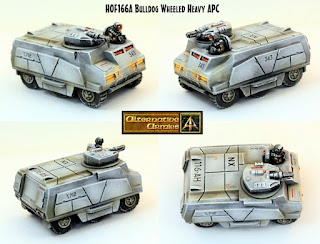 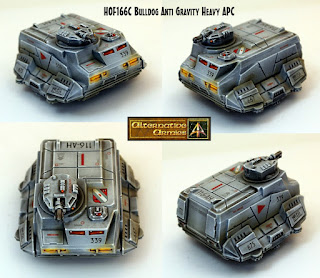 We have a new Charger APC /AFV which is the fourth variant joining the wheeled, tracked and hover versions.  As with the Bulldogs and other Chargers it comes with a sprue of parts (gun turret, flat APC top turret, turret hatch, half SFA crewman) allowing for choice in assembly. 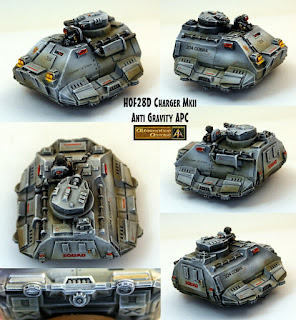 There are more than eight poses of infantry in the SFA covering many different roles.  The central Troopers and Support Troopers are resin as is the Maginot Defence Turret and these all feature along with a choice of Charger APC’s in our HOFA Security Force Alpha Core Army Set.  These sets give you 10% built in saving and come with 75 Infantry, 2 Turrets and 6 Chargers. 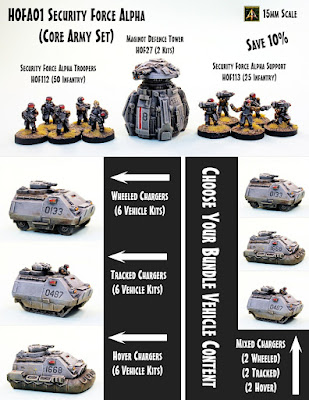 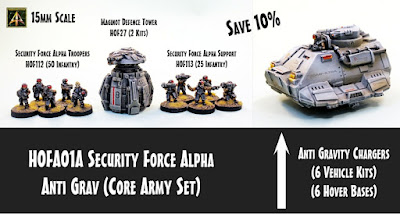 It is often useful in terms of scale to see a line up of different types of models so here below is such a line up of infantry (HOF112), Portable Weapon with Gunners (HOF117 and HOF141), Charger Anti-Gravity variant and a tier one Haymaker GNATS Mech (HOF165).

Thank you for your time and we hope you like the new additions to this mighty range one of the largest in the world.