Hellboy: The Board Game – New Agents 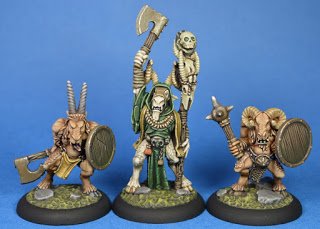 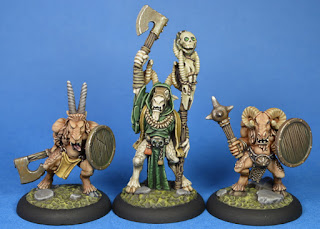 Following on from the post about the minotaurs this is the rest of the warband painted up. There are some additional models I’ll be painting to go with them at a later date. Nice mix of models although my favourites are the 80’s era figures.

A couple of I think Marauder Miniatures beastmen here and a slightly latter day Citadel shaman. Not sure if the shaman is the warband leader or whether it’s one of the minotaurs. 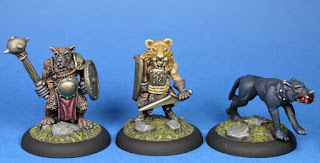 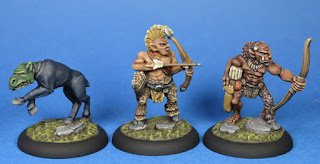 Beastmen of various sorts and some chaos hounds. My favourites here are the mace wielding Khornate beastman and the archer on right. I can only recall maybe a couple of beastman archers in the 80’s range so I think the one in the middle is a conversion. Lion headed guy at top middle looks like he might be an earlier sculpt as I’m not familiar with him at all. 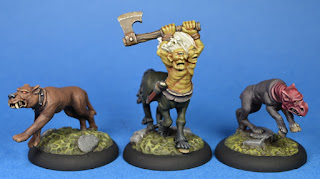 One of the 80’s chaos centaurs and another pair of hounds. I was asked to paint the centaur in a slightly rotten colour so maybe he’s got a touch of Nurgle’s Rot. 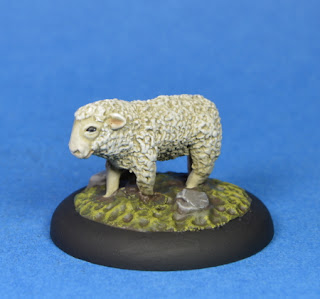 Finally there’s the Chaos sheep of DOOOOOOOOOM! Well that’s what I’ve been calling it anyway. Apparently he’s the warband pet or mascot. Not sure if it’s a Citadel model or from elsewhere.

That’s everything for now. Like I say, there are a few more beastmen to go with these but this is where I’m at for now. As far as my own painting goes I have been trying to find time here and there to work on a few Rogue Trader era space marines for my old Imperial Fists. Got a little slowed down with retouching the old paint jobs as a few needed a little reworking. I know ‘need’ and ‘want’ are different things but some of what I’m tweaking on them is stuff I was never happy about even immediately after painting them. I’ll show my progress on those in another post.

Metalhead Minis: How To Paint A Topaz Wyrmling (Dragon) For D&D!