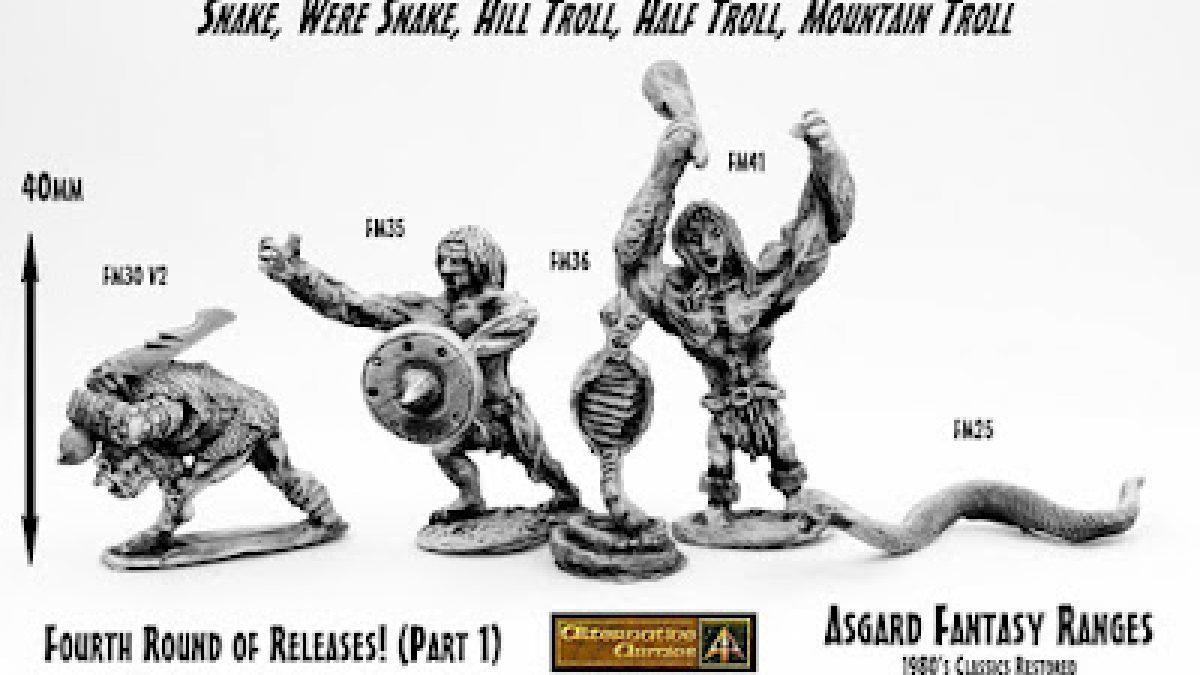 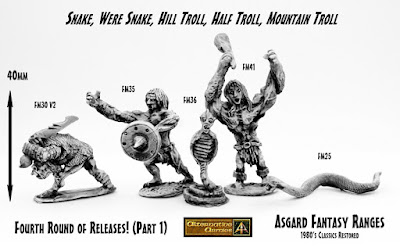 We are catching up with the end of the Summer Mega Event and thus while we are we wanted to give you some ‘new’ things to look at.

In this news we show to you five monsters mixed of snakes and trolls.  Each miniature is shown in a series of pictures and angles with a total height listed to help you know their size. Total height is from sole of foot to top of highest part of the figure. In the case of long creatures a total length is given the same way.

Great for any game system and some really novel looking ideas for creatures.

The Guild Room range is where we have put all of the thus far restored 1980’s Tabletop and Asgard scenic miniatures and characters.  For example above is the great WW1 Wizard on Throne Set which can be had as a pack or parts from it on its page.  This goes along with magic mirrors, potion bottles, skull candle holders and much more.

Thanks for your Time.